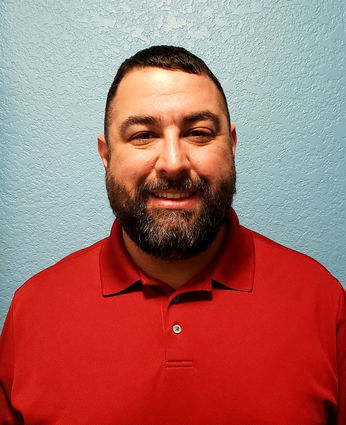 Expect a familiar name on the May 1 ballot for the City of Bridge City.

"I've been around it [city council] all my life, and I really feel like I can be an asset for the city," says the younger Roccaforte.

"I really think I could possibly make a difference and help some people out."

Aaron Roccaforte has been chairman of Bridge City's Zoning Board of Adjustment the past four years. He has lived his entire life in Bridge City and has worked in the family auto repair biz since he was 16.

Roccaforte has a son, Trent Roccaforte, who graduated from Bridge City High School in 2020.

Kirk Roccaforte was Bridge City mayor during the devastating Hurricane Ike in 2008 that pushed a 13-foot storm surge that flooded 99 percent of all homes. His work in leading the recovery kept him mayor until term limits forced him to step away in 2016.

He rejoined the BC council the next year.

Registration for the May 1 city and schools election began Jan. 13 and ends Feb. 12.

In Bridge City, Places 1, 3 and 5 will be on the ballot. Carl Harbert, Tammi Fisette and Terri Gauthier are the incumbents.

According to City Secretary Jeanie McDowell, Fisette and Gauthier have filed for reelection but Harbert had not as of Tuesday evening. Also, John Nickum filed to oppose Fisette for Place 3.

T.W. Permenter has filed to stay on as mayor of Pinehurst, but the position is only up for a one-year term as Permenter was a mid-term replacement for the late Dan Mohon.

Another council seat in Pinehurst, that of Greg Willis, is up for a one-year term as well, while three incumbents, Joey Vance, Sarah McClendon and Michael Shahan, would be running for two-year terms. But only Permenter had filed for office as of Tuesday.

In the City of Orange, the mayor's office and single-member Place 1 will be on May's ballot. Larry Spears Jr. has filed for reelection as mayor but Patrick Pullen, rehabbing after an accident, has not indicated his plans in Place 1.

Little Cypress-Mauriceville schools will have Place 4 and Place 5 on the ballot for three-year terms. Tammy Rountree, incumbent in Place 4, has filed, but Place 5 incumbent Aubrey Milstead had not as of Tuesday.

Incumbents Patty Collins and Judy Cole have filed for reelection in the Bridge City school district.