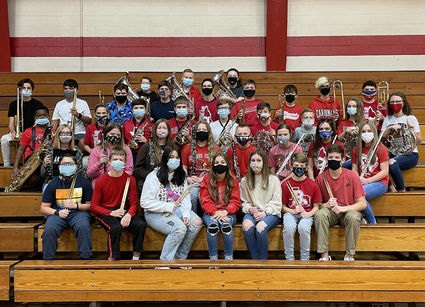 Bridge City Middle School is proud to recognize the following Bridge City MS Band students for earning a seat in the ATSSB All-Region Band.  These students began working on audition music back in August, recorded their audition in November and received results over the Thanksgiving Break.  They competed against several hundred ms band students from our Region.  Despite Covid, these students worked diligently before, after and during school to learn very difficult music that, at times, can be beyond their musical knowledge.  Because of the difficulty of the tryout music, this is the highest honor a middle school band student can earn.

As of now, due to Covid restrictions, there will not be a concert featuring the Region 10 ATSSB band. Details will be announced at that time.