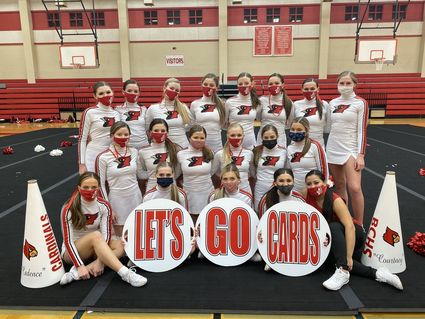 Michelle Prouse has been involved with coaching cheerleaders at Bridge City High School for 25 years. Her girls have gone to many competitions through the years and a plethora of girls have participated in Cheer Hawaii each year. There was one area of competition that many other school sports participate in, but cheer was ignored. University Interscholastic League (UIL) held its first cheerleading competition just six short years ago. Prouse and her assistant Valrie Gilbeaux went by themselves the first year, just to check it out. Bridge City has not only competed in, but has made it all the way to the state competition each of the last five years.

The UIL Spirit State Championship is comprised of the top 20 squads in the state per classification. Prouse said most years, class 4-A has had over 90 schools competing. This year, because of COVID-19, not all schools were allowed to compete, so the field was narrowed to 64.

The Bridge City team wasn't without its own challenges. They are only allowed to bring 20 girls from all of the squads combined.

"The week we had to go, one of the girls had to get quarantined. We had to replace her at the last minute," said Prouse.

"Wow, it was just so emotional...as a coach you want them to do good, but once they get out there on the mat, you've done all you can do. The heart they put into their performance that day. They made me so proud."

The team competed in three categories: Fight Song, Band, and Crowd Leading. In the preliminary round the Cardinals placed 3rd in Fight Song; 3rd in Band; and 14th in Crowd Leading.

When the final round is announced, which consists of the top 12, all previous scores are thrown out and everyone starts from scratch in scores. When the dust settled they landed in 10th position. Their best finish so far was 7th n 2016.

"They worked so hard. They made be proud to be from Bridge City." 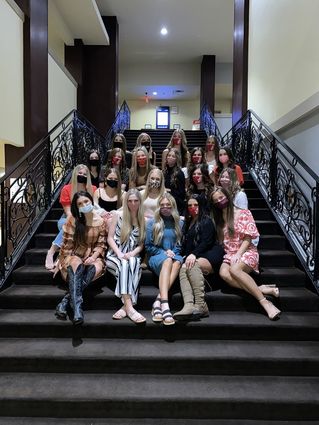 Prouse will continue to bring the girls to compete. "I want a ring," she said. As in football and other sports, the winners of the state competition get rings. This year that honor went to Lumberton High School. "The top three places get medals," Prouse said.

It's not all about winning. Besides cheering at games and pep rallies, Prouse's girls participate in many community events. This year prevented participation in Red Ribbon Week and Golden Week, but they still raised money for St. Jude Hospital and collected Christmas presents for the Orangefield Bridge City Ministerial Alliance.

Last year Cheer Hawaii was cancelled, but there are eight girls slated to go if it is held this year.

Prouse would like to thank Arron Conner, Freshman/JV coach and co-coach for the UIL team. Also, a special shout out to principle Tim Woolley for attending the state meet this year and .

"This is the first time we've had a principle watch us and support us. He is a phenomenal supporter of everything that goes on, on his campus." Prouse added a fun fact about Woolley, "His mom used to be the sponsor when I started coaching...he was that tagalong kid."