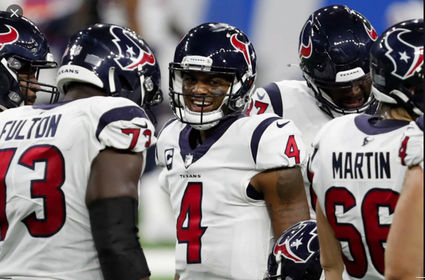 The Tampa Bay Buccaneers may be happy to get into Super Bowl LV Feb. 7, but they may not be overjoyed to be the first out of the last 108 Super Bowl teams to be playing in Raymond James Stadium-their home field-because they reached the ultimate encounter by winning all three NFL playoff games on the road.

But the team appreciates the move the front office made last winter to obtain 43-year-old Tom Brady as their quarterback for the 2020 season.

After all, this will be Brady's 10th Super Bowl he will have played in, with six of them resulting in World Championships-all with the New England Patriots-whose head coach Bill Belichick felt he was too old to play well enough to even reach the 2020 playoffs.

Belichick was half right because his team did NOT reach the playoffs for the first time in a decade, but this time without Brady, who kept his decade-long streak intact by leading his new team not only to the 2020 playoffs, but also to the Super Bowl.

Brady led his four-point underdog Buccaneers to an impressive 31-26 win over the top-seeded Green Bay Packers at Lambeau Field to win the National Football Conference championship and punched their ticket to play at home in Super Bowl LV.

The Packers had a chance to tie the game with less than three minutes left, but on a fourth-and-goal from the Bucs eight-yard line, first-year head coach Matt LaFleur opted to kick a 26-yard field goal with Green Bay trailing 31-23, hoping they could stop Tampa Bay after failing on an on-side kick.

LaFleur's decision was a direct slap in the face to quarterback Aaron Rodgers, who besides leading the Packers to a 12-3 record, is also the leading candidate for the 2020 NFL Most Valuable Player Award.

Today Rodgers is still upset and is thinking of wanting out of Green Bay after playing there for 17 seasons, especially after the Packers drafted a quarterback in the first round last April.

And speaking of wanting out of town is Houston quarterback Deshaun Watson, who had his best season on a lousy (4-12) team and is very distressed because he was told by owner Cal McNair he would have some input on the hiring of a new general manager and new head coach.

Watson's feelings were bruised deeply when he found out Nick Caserio was hired away from the New England Patriots couple of weeks ago without being asked anything about the move. The fourth-year quarterback said he did not want to play another down for the Texans, but did not demand a trade at the time.

He did say he'd prefer the team to hire Kansas City's offensive coordinator Eric Bieniemy or Robert Saleh, but Saleh was named the new head coach of the New York Jets last week. Bieniemy could not be able to be hired until after the Feb. 7 Super Bowl.

ESPN announced on its First Take show Monday morning that Watson said he would like to play for Saleh's New York Jets as his first choice and the Miami Dolphins next. But at this writing, he has not said publicly that he wanted to be traded.

Caserio may be treading on dangerous waters by wanting to hire a new head coach first and then try to pacify Watson later. I don't think it's going to work that way. Caserio and McNair need to meet with Watson immediately and give him some input on the head coaching situation.

Caserio and McNair could very well already have a new head coach hired by the time this Korner hits the streets Wednesday. Then they definitely would have to find a new quarterback.

I think it would be neat if the Texans hired Aaron Rodgers and Green Bay replaced him with Watson.

But I believe that leaving a 12-3 team for a 4-12 team would be giving Rodgers the short end of the stick.

KWICKIES...I was saddened to hear of the passing of Hammerin' Hank Aaron last weekend. He was my hero and could be the only legitimate player to surpass Babe Ruth's long-standing record of 714 home runs. In fact, I used his model bat in three years of high school baseball and then four years at McNeese State. I'm glad there is a movement in the Atlanta area to change the team's mascot from the Braves to the Hammers in Aaron's honor.

2020 was a banner year for the sports fans in the Tampa Bay area with three teams reaching the championship finals during the past year. The Lightning won hockey's Stanley Cup in sic games against the Dallas Stars, The Rays lost the World Series in six games to the Los Angeles Dodgers and the Buccaneers are an early 3½-point underdog to the defending world champion Kansas City Chiefs on Feb. 7, despite having the home-field advantage.

The Lamar Cardinals have waited almost a year wondering if their season would ever take place and finally last Friday, they had their first practice at Provost-Umphrey Stadium, which marked the first of 24 practice sessions set to take place before their season opener Feb. 24 against Northwestern State. The Cards will play a six-game Southland Conference schedule, with the conference champion earning an automatic bid into the FCS playoffs.

JUST BETWEEN US...In a recent edition of Parade Magazine, Terry Bradshaw was asked if he had a choice would he want to play in today's NFL. "There's two reasons I'd want to play in today's game: Number one, I'd be (he shouts) filthy rich! Two, it would be fun to throw the football 40 times a game and throw it all over the field. I'd own a private jet. I'd have my own yacht. And then we'd win Super Bowls, and I would be a hero, and I would have hair plugs and beautiful wavy hair," the former Louisiana Tech and Pittsburgh Steelers star chortled.