Fisette following dad's example in BC 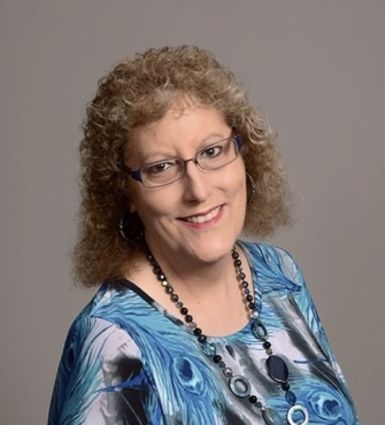 To say that Tammi Fisette has spent her life at Bridge City’s City Hall wouldn’t be entirely accurate.

But it would come close.

Her father, Judge Don Peters, was Bridge City’s mayor in the late 1990s, after serving more than a decade on city council and city commissions. And then he served a two-decade tenure as Bridge City’s municipal judge.

“When I was little, I’d go to City Hall with my dad all the time,” she said. “That’s pretty much how I got my foot in the door.

Fisette is running in the May 1 election for a fourth two-year term as a City Council member in her hometown. She won her first election in 2015, a few weeks before Judge Peters passed away.

“He was still alive when I first ran, so he got to see that. He was very thankful for that,” she said.

Fisette’s mom, Patsy Peters, was valedictorian of the first graduating class from Bridge City High School. Tammi and her husband, James Fisette, are both BCHS grads, and they have two children, Candi Cannon and Keith Fisette.

Candidates for elected city offices and most area school board elections have until 5 p.m. Friday, Feb. 12 to register for a spot on their respective ballots.

Insurance man John Nickum has filed to oppose Fisette for the Place 3 seat.

“If I’m blessed enough to get that again, it’ll be my fourth term,” said Fisette, a leader of the adult Sunday School class at Bridge City’s St. Paul’s Methodist Church.

As council member, Fisette said she helps neighbors get a fix for their problems.

“I’ll get phone calls from citizens and they’ll say they have a good concern, say a drainage problem,” she said.

“I’ll meet them at their house to see what it is and then I get in touch with Mike Lund [public works director], Jerry Jones [city manager] or the Drainage District and say, ‘What can we do to help?’

“That’s probably my favorite part, receiving those calls and going out and meeting those persons.

“A lot of time, they’re easy fixes. And then I go follow up. The communication and the follow up are the best part of this job.”

City council members in Bridge City must file for one of six Places, but the members serve the entire city at-large instead of geographical districts.

She did that earlier, too, as a member of the Bridge City Volunteer Fire Department, serving with her husband, who served the FD 31 years before retiring as the city’s last unpaid fire chief a few years ago.

Tammi went to Lamar-Orange to be certified as an emergency medical tech and worked as an EMT for Bridge City.

“I loved running med calls. It was another way of me giving to my community and meeting people, being able to be by their side at some of their worst moments.”

Fisette spent 35 years working at the Bridge City Walmart before moving two years ago to the Orange County Tax Office in downtown Orange.

“I’m loving this [county] job,” she said. “It’s more opportunity to meet people and it’s really helped me with my city council work. I’ve made lots of good contacts.

“Life is all about helping people. I want to do anything I can to make Bridge City a better place to live.”