Remembering Johnny Preston, And the Boys with the Gulf Coast Sound 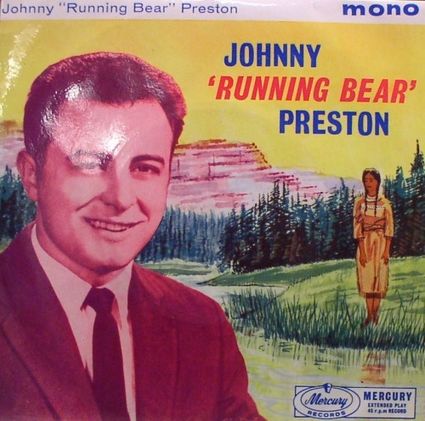 Several events, as of late, got me to thinking about my longtime friend Johnny Preston Courville, Jr. My mind is wandering back over 60 years to a period that is unique. The Gulf Coast Sound or Swamp Pop music was born at a time between big band, Sinatra, Nat King Cole, Frankie Lane, the arrival of Elvis and before the Beatles came ashore. A group of talented young musicians, most with some Cajun background, sprang up down the coast from Beaumont to Abbeville. Feb. 3 marked the anniversary of J.P. "Big Bopper" Richardson's death, along with Buddy Holly and Ritchie Valens, in a plane crash in Mason City, Iowa, in 1959. This Tuesday, Feb. 9, marked the birthday of Jivin' Gene Bourgeois.  This is significant to me because we go back long before he got a guitar. I stayed with his family in Port Arthur. Ms. Agnes, his mother, took me in at all hours of the night and always fed me. Gene's grandmother lived in Abbeville and he always loved to visit and be around the boys that were honing their music style. There was Bobby Charles, who had released "See You Later Alligator." He later wrote and recorded for others including Fats Domino, Willie and a host of singers as well as himself. Warren Storm Schexnider played in his father's band and was venturing out on his own. Ned Theall was a music professor and later owner of the "Boogie Kings." Then came Rod Bernard, Joe Berry, Glen Wells, T.K. Hulin and others who were all part of the Rock and Roll Swamp Pop area. Gene teamed up with John Piggott, Butch Landry and formed the "Jokers." In 1958, Gene and his band cut their first record on the Huey P. Meaux's KPAC Radio Show. "Going out with the Tide," lit up the switchboard. Then he recorded "Breaking Up is Hard to Do" in Crowley, LA. Bill Hall, Johnny Preston and J.P. Richardson's manager, took "Breaking Up" to Mercury Records who released it. That was Gene's big break. He and the Jokers toured throughout the country and made it to the Alan Freed Show. Alan was considered the Godfather of Rock and Roll.

I met Johnny Preston in Port Arthur many years ago. Johnny and I became friends when I owned a chain of package stores and Johnny was a whiskey salesman. As I sat in the Astrodome with Johnny, watching Elvis' final tour, I couldn't help but wonder what was going through his mind. He already had a gold and platinum record and was, by all accounts, going to be a big star, then suddenly gave it up. No other singer from this area came close to having his golden voice. Any of them will tell you that even today. It was always somewhat puzzling why he gave it up abruptly when no doubt he would have been a huge star. He never spoke much about it. He joined the Pipefitters Local 195 and after retiring, he took up his music career again. His God given talent and singing ability served him well. He toured Europe where he became a hit. Again his singing set him apart from others. His voice, since he was a little guy, has been his long suit but his friendly personality drew people to him. He was influenced by the music of Buddy Holly, Elvis and Chuck Berry. When he graduated from Bishop Byrne High School and while at Lamar State College, he formed a group with Butch Crouch, Johnny Wilson and Mike Akin. They would practice in the home of the Ben Plachette's, on 17th. St., in Port Arthur. Johnny was signed by Huey Meaux. He preformed at all area clubs, such as Club 87, Super 73, Blue Jean Club, and Twilight Club. It was at the Twilight that he was approached by J.P. Richardson and his manager Bill Hall. J.P. had written the song "Running Bear" and wanted him to record it. Johnny said, "I didn't like the song but J.P. insisted it would be a hit." "We recorded the song at the Gold Star Studios in Houston. J.P., Hall and yes, George Jones made the Indian sound effects in the background. George and J.P. worked together as disc jockeys at KTRM Radio. Believe it or not, Link Davis was the saxophone player on "Running Bear." Johnny said, "The Record took off, three million copies were sold and I started touring in England, Ireland, Scotland, Germany and the Philippines." The record became number one in the world and was Bill Board's number one for fourteen weeks. Johnny started recording albums and two more hit records went gold. "The Cradle of Love" and "Feel So Fine." He toured with Brenda Lee, Marty Robbins, Freddie Cannon, Jimmy Clanton and Conway Twitty. John said, "Conway had the most foresight. He told me that this music of ours was not going to last, that country and western music is where it's at." Conway switched from Rock and Roll when the Beatles came from England. Conway was right. Jivin' Gene said, "The Beatles took the Gulf Coast Sound and feelings, improved it and became super stars, which many felt destroyed the boys with the Swamp sound."

I believe they quit too soon but mostly the big blow came to Johnny, Gene and the rest in the 1960 Payola scandals. It hit the record industry like a bombshell. Disc jockeys, like Alan Freed and Dick Clark, were accused of receiving payments for promoting records. The scandal hurt Rock and Roll music and in some ways it never really recovered. The youngsters destined to be big stars decided to get out and get regular jobs. Today most of their songs are classics.

Johnny was under contract with Mercury for five years and with ABC Paramount for another five. Johnny said, "His friend Jerry Lee Lewis made the switch to country and prolonged his career. He was an interesting cat on tour. He was one hell of a performer, he would tear up the pianos and the audiences loved it." 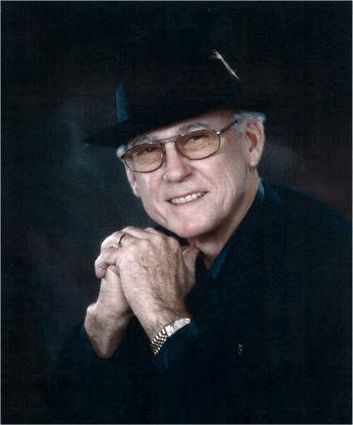 Johnny told a story about performing his hit "Running Bear" in Red Cloud, Montana, located in the middle of a large Indian reservation. "We played for a crowd of 900 Indians, dressed in full ceremonial regalia, buck skins, feathers and blankets. We must have played "Running Bear" at least 50 times. When we first arrived there no one was around then suddenly all of these Indians appeared out of nowhere. We enjoyed it and the packed house of Indians loved it and started joining in."

I have just barely scratched the Johnny Preston story. I recall, while visiting with he and wife Sharon at his home, seeing those Gold Records. He was always threatening Sharon with selling them every time gold prices went up. They would be worth a lot at today's prices but I don't know what became of them and all of his other awards. It's been an honor for me to know such a talented, great guy. March 4, 2021 will mark the 10th anniversary of Johnny's death. I've lost track of what became of Sharon. I've really been blessed by the times and the talent that surrounded me as I traveled Down Life's Highway. Those were special times in this long life.