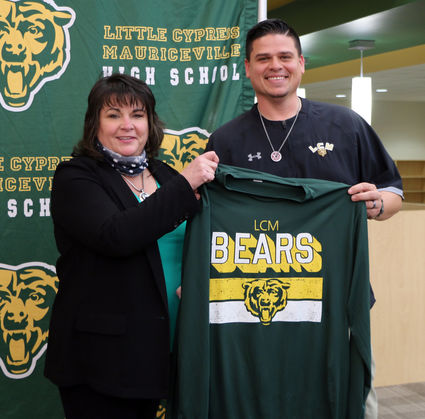 Little Cypress-Mauriceville CISD is pleased to announce Eric Peevey as the new Athletic Director and Head Football Coach for LCM and the Battlin' Bears. Peevey is no stranger to the LCM organization or Orange County. He started his career in 2003 with the Orangefield ISD, with short stints at Crosby High School and another year at OFISD before coming to LCM, where he served as Offensive Pass Game Coordinator, Wide Receiver and Tight End Coach and Assistant Track Coach from 2009-2012. While at Beaumont ISD's West Brook High School, he has amassed numerous awards and distinctions. These include: 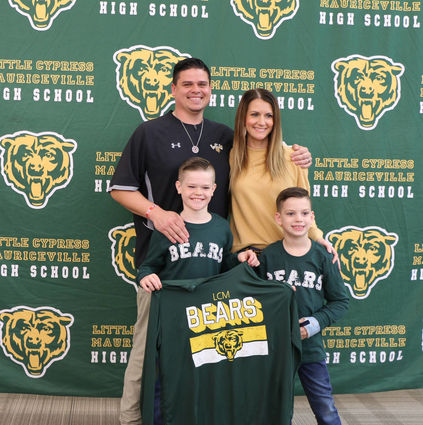 According to LCMCISD Superintendent Stacey Brister, "I am excited Coach Eric Peevey will be returning to the LCM Bear Family! We believe we have found a proven leader with a vision for preparing our students for success on and off the field. I look forward to working with Coach Peevey and the LCM coaching staff as we prepare for district, regional, and state-level competition."

Eric and wife Amy have two sons, Will (8) and Greyson (6). Coach Peevey will begin his duties at LCM on February 15.