Gauthier seeks new ways to give back 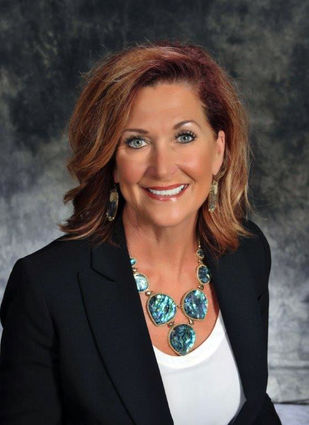 As a lifer here, she definitely knows her way around town.

But in her three terms as a City Council member in Bridge City, Terri Gauthier is reaching out to help her hometown by working with other government bodies throughout Orange County and the greater Southeast Texas.

She wants to continue serving her community, so she's signed up to seek another two-year term in the May 1 election.

Kenneth Prosperie is running against Gauthier. Early voting for the election begins April 19.

"In representing the city and sitting on different boards," she said. "I'm learning how our whole region works together. We really have some great leaders in our county, our region that spend a lot of time working together."

Gauthier has been on the Bridge City Chamber of Commerce Board of Directors since 2014 – as President in 2018 -- and represents Bridge City on the Orange County Economic Development Corporation Executive Board.

She is also the Second Vice-President of the Southeast Texas Regional Planning Commission, a federally created Council of Government that oversees distribution of federal government funding in our area.

"Having the opportunity to serve these organizations, I have come to know and understand the importance of our entire region working together to develop plans for mitigation and improvement of issues that are a great concern to our citizens."

Gauthier is also serving as Mayor Pro-Tem in Bridge City, a position that rotates among council members, and fills in for Mayor David Rutledge when he's unable to attend meetings or other functions.

"I am very dedicated and loyal to serving our city," she said. "I believe it is extremely important for our council and city manager to work together to provide the best for our citizens.

"As I continue to research and study the dynamics of city growth and development, I am a firm believer in new ideas and possible changes to encourage growth and enhance quality of life for our citizens."

Gauthier and husband David have been married for 42 years. Their two children, Aaron and Victoria, both graduated from Bridge City High School.

In 1997, the family developed Grace Plaza Retail Center on Texas Avenue. Gauthier's Total Impressions Salon has been a Bridge City feature for more than 30 years.

The business is now known as Total Impressions Beauty and Wellness Cryotherapy Center.

After Hurricane Harvey in 2017, when "I was so inspired by the strength and determination of our citizens to help one another," she brought to the Chamber of Commerce board a project that hung banners throughout Bridge City that said "Growing Stronger Together."

"I have always had an intense passion for community involvement and public service," she said. "I know the importance for using your gifts and talents to help meet the needs of others."

Friday, Feb. 12, was the final day for people to register as candidates for the city and school board elections May 1.

Bridge City will have three council seats and two school board seats up for grabs, with incumbents drawing a challenge for each position.

While Gauthier and Prosperie are on the Place 5 ballot, John Nickum is challenging incumbent Tammi Fisette for Place 3 and Aaron Roccaforte is taking on incumbent Carl Harbert for Place 1.

A couple of challengers signed up to take on Bridge City Independent School District incumbents. Paul Zoch is running in Place 1 against incumbent Patty Collins and Caleb Hayes registered to oppose incumbent Judy Cole in Place 2.

In Bridge City, both city council and school board members are elected on an at-large basis, although they register for "Places." Every registered voter casts a vote for one candidate in each ballot place and each elected person represents the entire city or school district, not just one subdivision of the city or district.

Here is the list of candidates for local city and school elections: