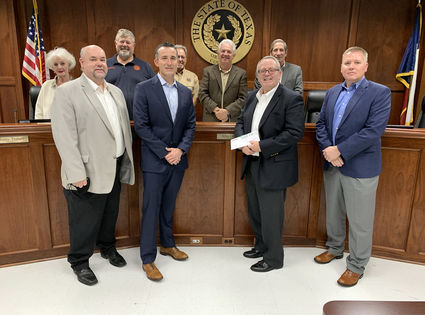 Officials from Jefferson Gulf Coast Energy Partners pose with Orange County Commissioners Court members Tuesday after saying thanks to the county for tax abatements in 2014 and 2018 that have contributed to the company's success. The company, located on the east bank of the Neches River west of Vidor, has invested $700 million and paid a total of $20.3 million in taxes to governmental entities in Orange County. Company fathers say this year's total if $5.3 million.