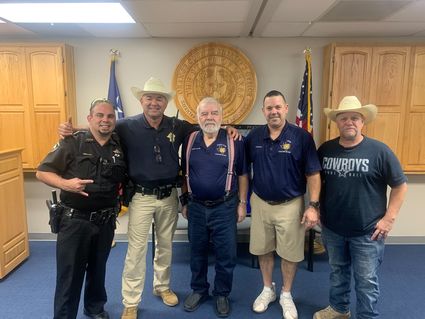 The Orange County Sheriff's Office and Pct. 4 Constable Matt Ortego were recognized by VFW Post 2775 for their work in the Orange County community. District 2 Commander Kevin Bost and Post Chair Robert LaFleur presented the certificates of appreciation and a plaque to Sheriff Mooney. Sheriff Mooney, Constable Ortego and Deputy Bost received certificates for their continued work in the community. Sheriff Mooney also accepted two certificates of appreciation on behalf of Deputy John Badeaux who had worked several years with the VFW to help the community. The Sheriff's Office has a long standing relationship with the VFW and all the great work they do for the veterans and citizens of Orange County. 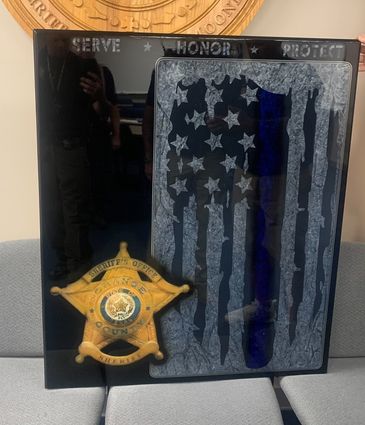