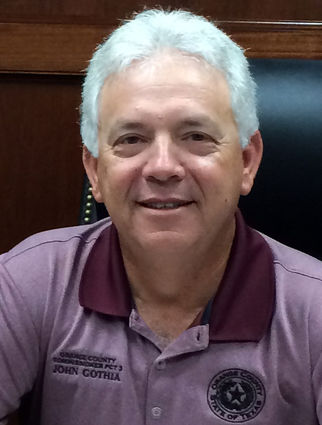 Governor Greg Abbott's rescinding of mandates regarding the wearing of masks and reduced crowds has had an immediate effect on Orange County.

Chris Kovatch, board chairman of the Greater Orange Area Chamber of Commerce, delivered the news to a meeting of the Orange City Council Tuesday morning.

Later in the day, County Judge John Gothia, a former Chamber chairman who was among those whose successful lobbying the world's greatest fisherment to Orange the first time, in 2013, passed the news along at a Commissioners Court meeting.

"With the recent mask mandate change from the state of Texas, we were contacted by the people with Bassmasters and they wondered if we could host the tournament that normally was going to take place in April," Kovatch said.

The Chamber has been the local host of the nationally televised weekend fishing tournament that has become a regular visitor to the Sabine River.

"We did some research and went to our vendors, entertainers, all the different pieces of the puzzle. And the Chamber board voted to move forward with the tournament on the original dates," Kovatch said.

"We plan to have sanitizer stations out, have masks available to those in attendance, highly recommending social distancing. But we are doing our best to balance safety but also people's need to return to fellowship and kind of get back into the routine of things and get to see your neighbors."

"We're happy to work with officials in Orange to get this event back on April's schedule," said Bruce Akin, CEO of Birmingham, Alabama-based B.A.S.S., the outfit that runs Bassmasters.

"These unprecedented times have truly emphasized the need to work with great partners, and the flexibility from officials and our hosts at the Greater Orange Area Chamber of Commerce is deeply appreciated.

"Our priority is offering an event that is responsibly operated and safe for everyone involved while still being fun and competitive."

Gothia revealed that the tournament had been rescheduled not just to October, as B.A.S.S. announced last month, but had been pushed all the way back to April of 2022.

"We had rescheduled for August and we had actually changed it again, because there was some concern about the heat creating a fish kill. We were in the process of working out all those details and making an announcement when the governor lifted the order," Gothia said.

"This is all because the governor lifted the mandate to limit crowd size. B.A.S.S. called and said, 'Can we do it on our original date?'

"We told them we'd have to see if we could put the event on with the same schedule we had before. We spent the weekend doing that. We put all those pieces back together."

As was the sentiment expressed Tuesday at city council meetings in Orange and Pinehurst and at the county commissioners meeting, B.A.S.S. cautioned that people should still exercise caution in large gatherings and encourage measures such as social distancing and frequent hand-washing or use of sanitizer to reduce the spread of germs.