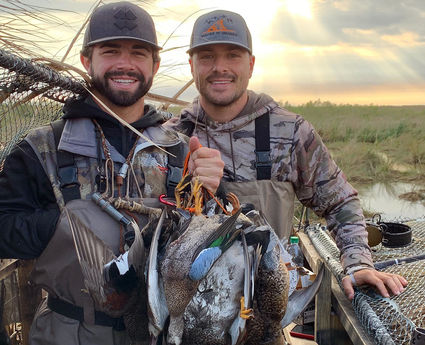 Heavy taxes on ammunition may become a reality for many hunters under some of the new gun law proposals.

If you are a regular reader of this column or most any outdoor publication its not a far stretch to say you should be concerned with new gun law proposals generated by the current president. Throughout his campaign he had made it clear that he would go after gun owner's rights and "take on the National Rifle Association and win". Sportsmen everywhere need to be informed about the legislation and its far reaching effects because some of the items hidden in the bill are, let's just say, very scary.

The basic intent of the majority of the gun proposals surround certain firearms and their bullet or shot capacities. Joe Biden made it very clear that he could not see any reason for any private citizen to own a firearm with a "high capacity magazine". Language like that leads straight into the debates surround assault rifles and many hand guns. Biden had originally said during his campaign that he would enlist Beto O'Rourke to help him take on gun control but that fizzled out after O'Rourke was defeated by Ted Cruz. In the mean time organizations like the NRA, Gun Owners of America, and The National Shooting Sports Foundation have turned up the call to gun owners about fighting for their rights.

According to Mark Oliva, the public affairs director of the National Shooting Sports Foundation, the number of background checks tied to the sale of firearms was 21 million in 2020 which is the highest year on record. The previous record was 2016, with 15.7 million checks. Oliva was quoted in The Washington Examiner saying "I think the new administration is very aware that 2020 was a precipitous change. 21 million people voted with their wallets on how they feel about gun ownership, 8.5 million of those were first time gun owners. When you start talking about a 58% increase in African American gun ownership, and 40% among women, I think that's part of what they're seeing."

More key points to the Biden gun control legislation include sky high taxes on ammunition and high capacity magazines so if they can't legislate them out they can make them so expensive fewer people will be able to afford them. Biden has also softened on the idea presented by O'rourke which was to have police come door to door as part of a "buy back program" for gun owners who did not want to register their "military style" weapons. Biden has since changed his stance to having that program become totally voluntary after major push back from gun advocacy groups.

The point at this moment is for all shooting enthusiasts to be as informed and in the know as possible. If you are not currently a member of any of the aforementioned gun rights groups take a moment to check them out and become a member. Continue to stay up to speed on potential bills or laws that may greatly affect how you do things going forward, like hunting, shooting, or just protecting your family as well as your belongings. Joe Biden's idea of home defense is a opening a window and shooting a shotgun blast in order to scare away any intruders, or as he added during a town hall on ABC News, "just shoot them in the leg". Do not be mislead into thinking that a select few politicians are not currently trying to change some very fundamental rights and privileges because that's exactly what's happening. Just think about it like this for just one minute, in order for you to legally buy a gun or even purchase a hunting license you must provide identification. Those people who are against gun owners rights think it is okay to not have to show that same proof of identification in order for you to vote. Let that sink in a minute. Be Pro-active, be informed, and by all means be in the know.