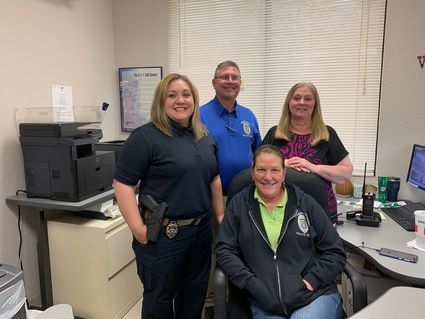 Jimmy LeBouef's first week as Pinehurst Chief of Police was a bit of a shock to the veteran lawman's system.

"Right now I'm trying to get my feet back on the ground. I've been out of full-time policing for about two and a half years."

He replaces Fred Hanauer, who retired from Pinehurst at the end of February after 12 years on the job and 27 years as an Orange County peace officer.

Hanauer has accepted a new job as an investigator for the Texas Child Protective Services.

LeBouef was one of three finalists interviewed during a closed session at the end of the March city council meeting.

Others were John Brown, a City of West Orange patrolman, and Lt. Jocelyn Trussell of the Pinehurst PD.

After he retired from Orange County's Sheriff Office in 2018, LeBouef worked a couple of years for the Regional Police Academy at Lamar Institute of Technology in Beaumont.

That allowed him to know three of his four Pinehurst patrol officers before taking the job.

He taught Matt McDonald and Adrian Figueroa at the academy and worked in a part-time role with Israel Carrillo at the Lamar University Police Department.

The fourth patrol officer at Pinehurst is veteran Leonard Roff, who the new chief knew from local law enforcement circles.

Others in the department include Dawanna Kibodeaux, administrative assistant, and dispatcher Leslie Warner. 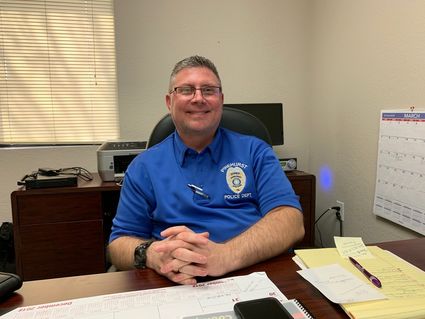 LeBouef, who worked as a Criminal Investigation Division investigator for 15 of years at the SO, said he had been volunteering a day a week at Pinehurst to assist Trussell when he heard there might be an opening at the top.

"It was a good opportunity for me and I had a lot of support from people at Pinehurst," LeBouef said.

While a sheriff's deputy, LeBouef said, he did everything there except work in narcotics. He's overseeing it all in his new job.

"I've been doing a lot of administrative stuff, looking at grants for new body cameras and dashboard cams, bullet-proof vests, just making sure we've got the right equipment," he said.

"Those grants are real important."

The Vidor High and Lamar University grad lives in Vidor.

"I enjoy being back in Orange County," he said.