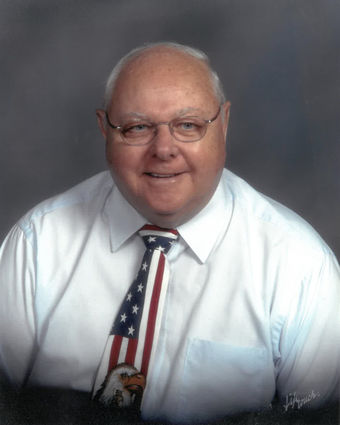 Milton Jerdon Hubbard, or “Big Daddy” as he was known by his grandchildren, great-grandchildren, and friends, passed away at the age of 88 on March 11, 2021. Funeral services will be 3:00 p.m., Thursday, March 18, 2021, at First Baptist Church in Bridge City. Officiating will be Reverend Bob Boone. Burial will follow at Autumn Oaks Memorial Park in Orange, with military honors provided by the United States Air Force and the Southeast Texas Veterans Service Group. Visitation will be from 5:00-7:00 p.m., Wednesday at Claybar Funeral Home in Orange. Born in Orange, Texas, on March 16, 1932, Milton was the son of Roberta Eldora (Brown) and William Thomas Hubbard. After graduating high school, Milton joined the United States Air Force and served for four years during the Korean War. He was a top secret armament specialist, and spent most of his service at Royal Air Force (RAF) Wethersfield, England. He was discharged in 1955 with the rank of Airman 1st Class. He retired from DuPont Sabine River Works, where he worked as an operator for many years. Milton was a longtime member at First Baptist Church in Bridge City, serving as deacon and in the church choir. In his later years, he volunteered at the Bridge City-Orangefield Ministerial Alliance. He was a world traveler who loved to travel with his family. He enjoyed fishing, hunting, searching for arrowheads, and was a talented woodworker, carving monkeys from peach pits and making crosses from cholla wood. He had a love of airplanes, especially those of the military, having attended several air shows showcasing the U.S. Air Force Thunderbirds, U.S. Navy Blue Angels, and RAF Red Arrows, and visited numerous air museums over the years. His most treasured moments, however, came from spending precious time with family. He was preceded in death by his parents; two brothers, W.T. Hubbard and Ray Hubbard; three sisters, Doris Wilkerson, Shirley Bisson, and Elaine Stone; and his grandchildren, Christian Meroney and Monikah Meroney. Milton is survived by his daughters, Nanette Trevino and husband Steve, Rebekah Meroney Croaker and husband Jimmy, Robin Liscano and husband Ricky; grandchildren, Steven Trevino, Candice Trevino and fiancé Drake Gordon, Nichole Brown and husband Skylar, Anthony Martin, Rochelle Liscano, Stephanie Gonzales and husband Matt, and Jarrod Croaker and wife Lacey; 12 great-grandchildren; and numerous other family and friends. Serving as Pallbearers will be Steve Trevino, Steven Trevino, Anthony Martin, Butch Skinner, Skylar Brown, Eric Blackman, and Mike Dixon. The family would like to thank Cassie Harrison, Kristi Hartsfield, Matt Daigle, and Katy Craigen of Best Hospice Care of Texas for their compassion, love, and support. In lieu of flowers, please send donations to the Bridge City-Orangefield Ministerial Alliance or Parkinson’s Foundation