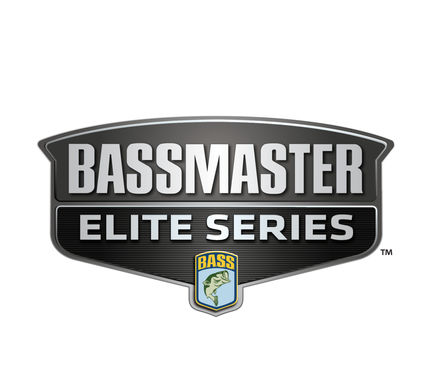 After weather and pandemic setbacks, it's a miracle that B.A.S.S., the owners of the Bassmasters Elite fishing tournaments, are set to bring their $1 million event to the Orange Boat Dock in a couple of weeks.

But the miracle of the April 8-11 tourney was the way the fishing tournament committee of the Greater Orange Area Chamber of Commerce made so much happen in so short a time.

"If you'd have asked me if we could do this in a month, I'd have said no," said Ida Schossow, Chamber President.

In addition to the fishing, the Chamber puts on the Orange County River Festival, which provides plenty of family fun beyond watching dramatic evening weigh-ins.

As always, that includes food booths, craft vendors, a carnival for youngsters, a Gopher Industrial-sponsored kids' fish tank and lots of live music.

"This is completely free, for people to come and enjoy," Schossow said, "and I think people are ready to get out at an event like this."

A month ago, the Sabine River Bassmasters Elite in Orange had been rescheduled from April to August because of the coronavirus pandemic. Plans were underway to postpone it all the way to April of 2022, County Judge John Gothia said a couple of weeks ago.

But Gov. Greg Abbott dropped Texas' mask mandate and B.A.S.S. approached the Chamber to see if April was a possibility.

The timing was tied into TV time. Fox Sports signed a contract to televise all of the Bassmasters Elite tournaments live. They needed content and the governor's timing was perfect.

"With the change to the original Bassmasters dates, the Chamber's Bassmasters Committee has quickly 'divided and conquered' the different aspects of this event," said Chris Kovatch, Chamber Chairman.

"From rolling out an advertising campaign to coordinating vendors to scheduling lights and sound to securing talent for the concerts and numerous other tasks, the team has been focused to produce an event that is safe and fun for all."

Schossow ran down a list of people who have been working on the Bassmaster Committee since 2013, when the first event in Orange attracted a then record 30,000 plus fishing fans.

"David Jones always says, 'When you get the A Team working on it, it's easier," Schossow said.

In order to line up everything, after B.A.S.S. asked if Orange could quickly agree to the April timeframe, the core group of Gothia, Jones, Jones, Kovatch, McAllister and Schossow first met. Then the Chamber executive board. Then the full Chamber board.

"To see if we could logistically put it together," Schossow said. "We wanted to be sure we were safe, how to keep people safe now that everything's opening up."

The tournament grounds will include plenty of sanitizing stations, hand-washing stations and free face coverings, courtesy of Dow.

Coincidentally, the City of Orange is holding a pair of events in downtown – Art in the Park and the Orange Riverfront Car Show, just a few blocks away, Saturday April 10, from 9 a.m. to 4 p.m.

Steve Jones, a retired Orange Police major, says the hardest part of Bassmasters Elite logistics – his responsibility – is getting all the food booths lined up "trying to make everybody happy. It all works out in the end."

With the addition this year of the new Riverfront Pavilion, all musical acts will perform under a roof, but the restroom facility built to accompany the pavilion won't be finished in time. Port-a-cans again.

Jones said the carnival begins setting up rides the Sunday before the event begins on Thursday. Monday is when water and electrical is set up for the vendors.

On Tuesday, the contractors who set up for the musicians arrive. Vendors arrive on Wednesday.

Volunteers make it all work out, Jones agrees.

"We have volunteers for everything from working in booths to helping me set everybody up the first day when people arrive," said Steve Jones.

"This event would not be possible without the concerted effort and commitment of an amazing group of people," Kovatch said. "Our sincere hope is that the businesses of Orange County see a positive impact from the influx of anglers and visitors and that our local residents are able to enjoy a fun, family-friendly event."