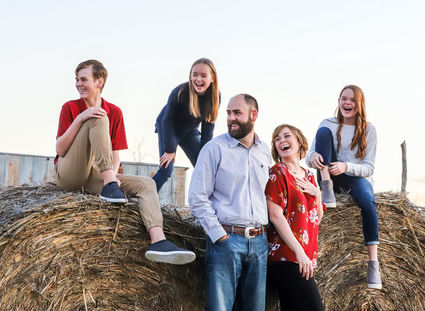 Houston native Mike Kelly was offered a contract as Bridge City's new superintendent Tuesday night. Kelly, surrounded in photo by children Camden, Grace and Ann, and wife Jessica, has been superintendent at Valley Mills since 2018.

Kelly, a native of Houston who has spent the past 20 years as a teacher, coach, principal and superintendent in the Waco area, is definitely impressed with Bridge City.

"The people in that community are just phenomenal -- the way they have welcomed me and my family," he said. "The way they can make you feel special in just 15 minutes."

Kelly will be replacing Todd Lintzen, BC superintendent since 2016, who announced last fall his intent to retire at the end of this school year. The school board conducted five interviews with finalists selected by an executive search firm and chose Kelly on March 9, according to school board president Michael C. Johnson.

State law requires districts name a "lone finalist" 21 days before finalizing the hiring of a superintendent, the top employee in a school district.

"He's a younger man in his 40s with three kids who will go to school here," Johnson said. "A little district like ours, you generally catch them when they're up and coming, one of those things where they work hard and get noticed."

Kelly comes to Bridge City after three and a half years as superintendent of the Valley Mills school district, a district with fewer than 700 students. That's about the same size district in northeast Texas – Blue Ridge – from which Lintzen was hired.

"If you picked up China Spring and put it on the coast, or picked up Bridge City and put it in Central Texas, they'd mirror each other."

Kelly graduated from Cy-Fair High School in Houston and went to college at Howard Payne University in Brownwood, west of Waco. He played basketball there and his future wife, Jessica, played on the school's women's team.

Married 19 years ago, the couple has three children, son Camden, a ninth-grader; and daughters Anna and Grace, who are finishing seventh and sixth-grade, respectively.

Jessica is currently a science teacher at Valley Mills, following a five-year term as an academic adviser at Baylor University. She does not plan to work in the classroom at Bridge City.

From college, Kelly's first year was in the Granbury district, then he was a teacher and coach at Gatesville ISD for four years, followed by five years in Jonesboro, Texas, a district of 300 students that included a six-man football team.

Besides a final semester as superintendent, Kelly was principal at Jonesboro. And so much more.

Along the way, Kelly picked up a doctorate of education.

What impressed the Bridge City board members the most was the turnaround that occurred after Kelly moved from China Spring to Valley Mills.

The Texas Education Agency named Valley Mills Elementary one of 13 schools nominated for September's 2021 Blue Ribbon Schools awards from the U.S. Department of Education for closing achievement gaps among students.

"It required some curriculum changes, some expectation changes, a change of culture. There's not a magic potion. It was a lot of hard work: knowing where you're trying to get and getting everybody on the same page.

"It was definitely a team effort. And to be nominated, it was a rarity that we were absolutely thrilled for the campus, the district and the community."

Kelly said his first day on the job will be April 14.

Until then, Gina Mannino will serve as interim superintendent, taking Lintzen's place.

Kelly's first chore at BCISD will be hiring a new athletic director. Allen DeShazo was let go recently after his football teams compiled a three-year 6-21 record. 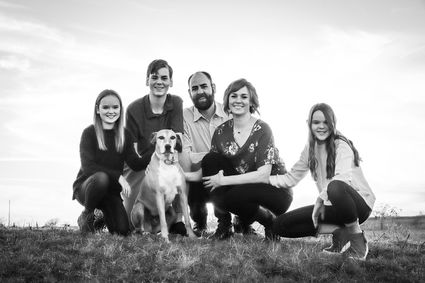 "We'll find out real fast how popular I am," Kelly joked.

But, over the telephone, as he worked one of his final days in Central Texas, he revealed he was tasked with hiring a new athletic director for Valley Mills, too.

His mind was already in Bridge City, though.

"I have a lot of superintendent friends from that region and they all tell me, 'You're not going to believe how nice the people are,'" he said.

"You take fantastic schools and the opportunities students have academically and in extracurricular activities. You take that plus a community of people that has been incredible, and Bridge City sounds like an ideal place to raise a family, watch your kids grow up and walk across that stage."