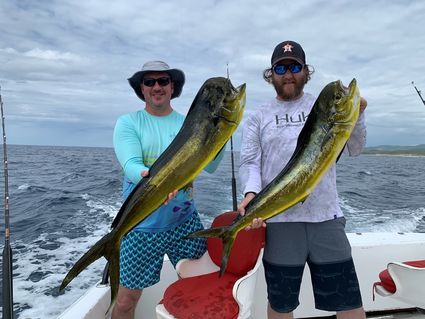 Offshore anglers along with hunters face a multitude of future challenges with the passing of new legislation.

In a little less than 3 months the average every day citizen has been overwhelmed by an avalanche of executive orders from the new president Joe Biden. Many of those orders like cancelling the Keystone Pipeline and the disastrous new border policy have been chronicled at length by media outlets so I won't even go in that direction even though they should be pointed out at every opportunity. Instead I'll just share some news that came from another one the dozens of executive orders this one should concern fishermen. Under the heading of "tackling the climate crisis" the new administration has signed an order that has become known as the "30 by 30". The new order which was signed in late January is a radical and aggressive push forwarded by environmental and climate change activists to put 30 percent of the land and water in the United States under permanent protection by 2030.  To reach the 30 by 30 target will require conserving an additional area twice the size of Texas, more than 440 million acres, within the next 10 years. The White House has yet to specify who will oversee the initiative at the federal level and which lands and waterways might be prioritized in protected areas.

Now on the surface that may not sound bad, that is until you read the fine print. Just like the massive trillion dollar stimulus package there are hidden agendas that will sneak up on many unsuspecting Americans. Inside the order there is a provision that will make the protected waters off limits to commercial fishing such as trawlers and long liners, the same folks who support the seafood industry. The big kicker here is that sport fishermen will be lumped into that group as well so the charters that take folks out to fish will also be prevented from using that water as well. According to SeafoodSource.com this new plan, when first unveiled in the Ocean-Based Climate Solutions Act, drew a letter from over 800 members of the seafood industry – organized by the At-sea Processors Association, National Fisheries Institute, Saving Seafood, and the Seafood Harvesters of America – who oppose a blanket ban of all fishing activity in 30 percent of oceans owned by the U.S. Along with the seafood industry the sport fishing industry brings in over a billion dollars per year and much of that goes back into research and conservation efforts to help maintain and sustain the renewable resources from the oceans. At this time there are ongoing meetings from all sorts of marine representatives to lobby for an opportunity to help decide what lands and waters will be affected. This is a subject that needs to be monitored because under normal circumstances when things get taken away by the government they are rarely given back.

On a brighter note the National Rifle Association has won several court cases recently in Washington state and Arkansas. There has also been a surge in states that have voted to allow "Constitutional Carry" as a law. In the United States, the term constitutional carry, also called permitless carry, unrestricted carry, or Vermont carry, refers to the legal carrying of a handgun, either openly or concealed, without a license or permit. Currently there are 13 states that allow for constitutional carry while other states still require a permit. The new administration has recently floated an idea that they will use another executive order to impose their gun control laws but that has yet to materialize. Any and all gun owners need to stay up to date on pending legislation and be sure to contact their state officials to voice their opinions on the subjects.

If you stand back and look at things as an outdoorsman the future is much more uncertain than when President Trump was in office and that's just a simple fact. President Trump was very Pro 2nd Amendment and enacted legislation such as the Great American Outdoors Act that provided funds to help state and federal parks so they could be more accessible to all Americans. Many in the media misconstrued Trump's agenda as well as his words. Just last week I read a misquote of the former president which said he told the Proud Boys to "stand up and stand by" when in fact the actual quote was "stand back and stand by". Hopefully that gets retracted with the same emphasis as it was printed the first time. The biggest point to be made from all of this is that all outdoorsmen need to get involved and stay informed in order to preserve the rights we currently take for granted because they are slipping away right before our own eyes.