Against the Ropes: life script to screen 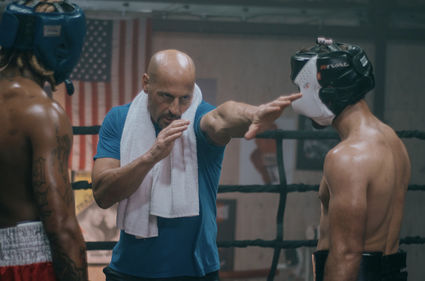 Craig Stilley (center) instructs fighters Todd Manuel (L.) and Mason Menard (R.) how to move on the set of "Against the Ropes." Courtesy photo.

Craig Stilley, of Orangefield, strives to bring his true-life story, focused on boxing, to a network or streaming service. A teaser reel for "Against the Ropes" was shot a couple of weeks ago in several Orange County locations including Paul Burch's home, one of Orangefield's school buildings, and Stilley's home. Beaumont locations include the Beaumont Police Department Gym, World Gym and an alley way. Filming was a full three days. The project is currently in post-production editing. Soon a pitch deck, which is a document that contains a synopsis of the story line, character profiles, episode outlines and more, will be created to accompany the reel to shop around to various networks and streaming services.

"This thing could benefit everybody, because once I get the door open, I'm going to say I want to do it back home," said Stilley.

His goal is to try to create more filming locally. There are a few others in the Orange County area working on the same. He realizes what it could mean to the economy with hotel rooms, catering, jobs for local film cast and crew, etc.

Stilley took up boxing as a youngster to deal with bullying and other issues and fell in love with the sport. He brought boxing back to Orange in the 90s. Stilley has an entire room in his house dedicated to memorabilia from those days. The walls are lined with articles and pictures along with other artifacts, including a championship belt.

Not coming from a film background, it has been a learning process over the last seven months for Stilley to figure things out. He brought in Jeremy Hawa, a film instructor at Lamar University and local filmmaker, as director. 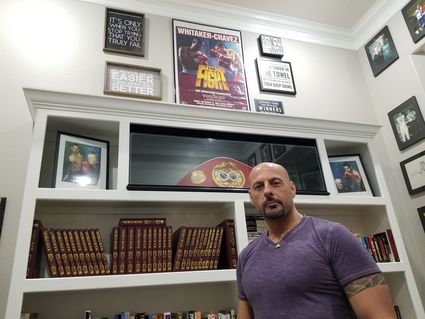 Craig Stilley poses with memorabilia of his boxing days in Orange. Stilley hopes to turn his life story into a series.

"I had about eight other production companies that wanted to do it, but I stuck with Jeremy, because I wanted to keep it at home," said Stilley.

"We had a great team, you couldn't ask for better people," said Stilley. "I know this thing will sell; it has tons of content."

Once Stilley gets the series sold, he has ideas for about five feature films to work on next.