Early voting opens for May 1 election 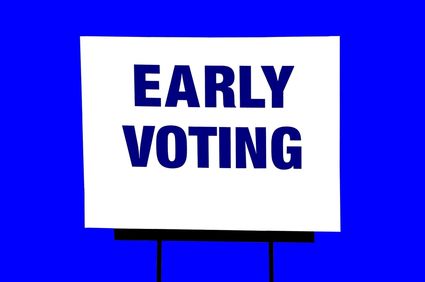 Orange Mayor Larry Spears, Jr., is being challenged by Charles Thomas while in West Orange, current alderman Randy Branch is running against Jim Whittington for mayor after the retirement of Roy McDonald.

All voters except those from West Orange can go to the polls at any one of the four Orange County early voting sites April 19-27 and in their local voting precincts on Election Day, May 1.

City councils in Orange and Bridge City are set for head-to-head races, though, as one office-seeker said, they aren't running against each other, just for the same seat.

For the Pinehurst City Council, three people are running for two at-large seats, with the top two vote-getters declared winners.

Council races are a bit harder to describe in Pinehurst, where mayor T.W. Permenter is unopposed for a one-year term.

There's a one-year unexpired term being contested by incumbent Greg Willis, who took Permenter's council seat when he was chosen to replace the late Dan Mohon as mayor, and Kerri Donnaud Arrington.

The top three vote-getters will be elected.