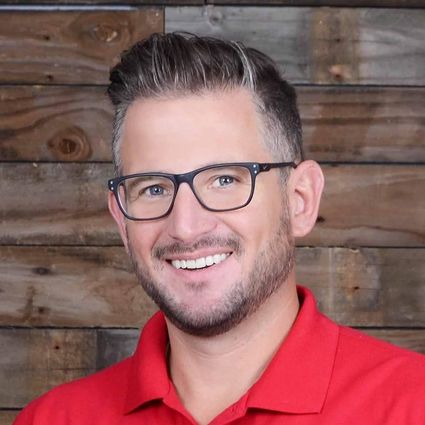 I am John P. Nickum and seeking election for the position of Bridge City, City Council, Place 3 in the May 1st election with early voting beginning April 19th – 27th.

I was blessed to be raised in Bridge City and graduated from Bridge City High School in 1993. I am the son of Bill and Ellen Nickum, who have been actively serving in the community since 1965. Having been reared in a home where the emphasis and importance of giving back to your community were instilled in the family.

I have lived in Bridge City for most of my life and the community has become a part of me. During the years that I did not live in Bridge City, I attended Lamar University and The University of Texas Medical Branch at Galveston, where I obtained a business degree in Healthcare Administration. I immediately began utilizing my education after graduation from UTMB, by beginning my professional career with M.D. Anderson Cancer Center in Houston, Texas as part of the Grants and Research Administration Department. During my tenure at M.D. Anderson Cancer Center, I was fortunate to acquire a tremendous amount of knowledge while negotiating both the grants and the contracts between the doctors' at M.D. Anderson Cancer Center who were attempting to perform the new forms of cancer research, the Federal Drug Administration, the State of Texas and countless pharmaceutical companies all of which strived to conduct ongoing cancer research. It was during this portion of my professional career that significantly impacted my perspective involving the perceived barriers to progress and sustainable solutions. I understood that with a common goal and understanding of the beneficial purpose between all parties involved, a viable and amicable solution could be found to any problem.

The opportunity was presented to me to come back to this area and begin a new career as a life specialist with State Farm and later to being appointed as an agent in Vidor, Texas. In my present position as an agent with State Farm and having been a small business owner for over 20 years. I have had to acquire the skill to productively interact with State Farm clients, my employees, and local governmental entities in difficult situations to ultimately achieve an amicable solution for all parties involved.

My interest began in city government while pursuing a Master's in Business Administration through Lamar University in Beaumont. It was through this interest that I began to increase my awareness through my involvement with the Vidor's Chamber of Commerce, Fresh Start Program and Rotary intervention programs in the community. Having had the opportunity to gain the hands-on-experience of working with various local governmental entities, I began to notice the common issues that plaque most local communities. My desire to serve increased with my awareness after continuously noticing reoccurring obstacles that plagued most local cities within Orange County. I saw strategic channels for growth, ways to help increase the local tax base and the potential opportunity to relieve some of the burden from the tax payers. Solutions can be found by working together for a common understood purpose and cause.

I have always had a passion for serving others and currently serve on a state disaster relief chainsaw team for the Southern Baptist Disaster Relief ministry and serve as a credential chainsaw trainer for the Southern Baptist Texas Convention. During the storms this past year, Laura and Delta, we began cutting trees off of homes in my hometown the morning Laura hit Bridge City. We continued to cut trees off of homes in the surrounding cities in the area. I have helped and continue to help people in need by mudding out and repair homes through a mission program organized through my church at Calvary Baptist Church in Beaumont.

There are many citizens that I do know, some that I have had to the opportunity to meet recently and those that I will be fortunate to meet in the near future. My wife, Christy and I have been married nine years and have three children, Coleman, Nate and Abigail. Coleman will be graduating in May from Baylor University with an Environmental Science degree. Nate will be graduating from Monsignor Kelly Catholic High School in May and will be attending Texas Christian University in the fall. Our youngest daughter, Abigail, is currently a junior at Monsignor Kelly Catholic High School and currently plans to attend Auburn University.

I would like to ask you for your support, through taking action and voting for a candidate who is passionate about serving others in the community. I will be intentional about my commitment to be proactive in my approach to make our Bridge City community one of growth and prosperity. I would appreciate your support and look forward to meeting you in the near future.