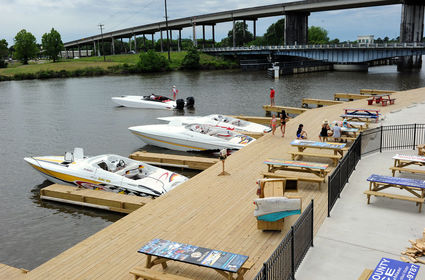 A $15,000 cash "Team of the Year" payout is there for the taking in the 2021 Sabine Redfish Series, four monthly fishing tournaments based out of the High Tides restaurant on Cow Bayou.

The first tournament is Saturday and the deadline to register for the Team of the Year prize is Thursday at the Captain's Meeting being held from 7 p.m. to 9 p.m. at High Tides.

Subsequent tournaments will be held May 15, June 26 and July 31. Saturday afternoon weigh-ins will take place at High Tides.

"I think it's going to be huge," said Wesley Dishon, co-owner of High Tides, which is a tournament sponsor. "There are a bunch of teams registered and I think there will be a bunch more."

Series director Andre Jenkins of Mauriceville, owner of Sabine Slam Bait Co., said fishermen can register online at his Facebook page --facebook.com/moneyoverfishes/ -- or in person at the captain's meeting.

Rules can also be found at that site.

Two-man fishing teams can fish anywhere on the Texas bank of the Sabine Waterway, taking off from within 100 yards of any boat launch at the proscribed launch time, which will be announced Thursday night.

There's a three-fish limit of slotted redfish. Individual fishermen may enter. Entry fee is $200. There is no day-of-the-event registration.

After putting on several saltwater fishing tournaments in the past, Jenkins said he felt a desire for a multi-event series. Sponsors have agreed.

Since originally advertising a $10,000 final payout, additional sponsors have jumped on board to raise the prize chest to $15,000. 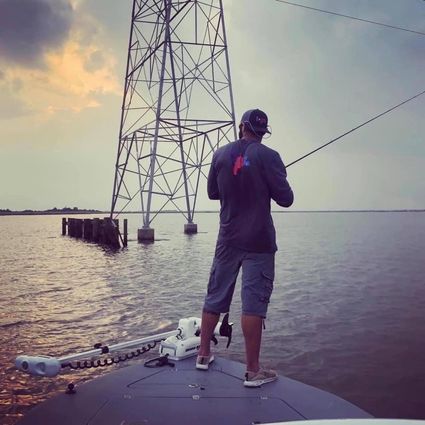 High Tides has live music every weekend every Friday and Saturday, Dishon said. But added activities will include washer pitching and cornhole boards. Dishon says he's booked a Bourbon Street band from New Orleans to play for the Redfish Series Finale July 31.

"Anytime the sun comes out, the waters are swamped," Dishon said from his place at the intersection of Texas 87 and Cow Bayou.

"I think this [tournament] is going to be very nice. I'm glad to see it coming."