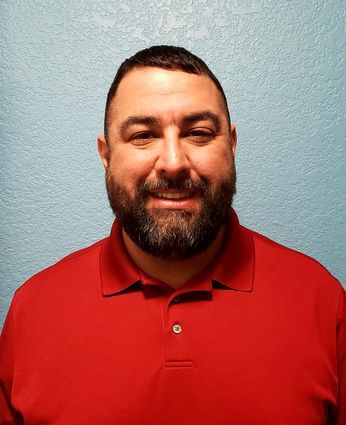 My name is Aaron Roccaforte, I am seeking the position of Bridge City City Council Place 1. I was born in Port Arthur, Texas at St Mary’s hospital to Kirk and Shirley Roccaforte, on February 4, 1982.

I have lived in Bridge City all of my life. I am a year 2000 graduate of Bridge City High School. I have worked at our family owned business, Bridge City Radiator & Auto Repair here in Bridge City on hwy 408 (1665 Miller Drive) since I was 16 years old, and have managed and taken ownership of the business since my mother (Shirley) passed away unexpectedly the day before her 68th birthday in 2015, and my father (Kirk) took office as Orange County Commissioner of Precinct 3.  I have grown up with my parents being big supporters of the community.

I have one son, Trenton Roccaforte, who graduated from Bridge City High School in 2020 and is now attending his freshman year of college studying chemical engineering at Lamar Institute of Technology. I have one sister, Cristal (Land) DuBois who is married to Dwayne (Beaver) DuBois, and also have two nephews, Camden DuBois, who is currently enlisted in the Marine Corps, and Caleb DuBois, who is currently playing baseball for Texas Southern University.

I have been chairman of the board of adjustments for the City for four years and currently am a member of the Chamber of Commerce. I am gratefully honored to have received the endorsement of the Sabine Area Central Labor Council-AFL-CIO.

I feel I would be a great asset to the City having been around the city business for a majority of my life with my Father being on the City Council since 1992 and later becoming mayor in 2007, and terming out in 2017. I have seen and interacted with the City as a business owner, citizen, and a board member. I feel I can bring all of these positions and views together to keep Bridge City growing. I appreciate your support and would look forward to serving You, the citizens of Bridge City!

Early voting continues today (Wednesday) from 8:30am until 4:30pm at the Bridge City ISD Administration building (1031 W Roundbunch Rd) until Friday the 23rd and then continuing on next Monday, the 26th, & the last day of early voting will be Tuesday, the 27th from 7am to 7pm, with the last day of voting on Saturday, Election Day, May 1st, from 7am until 7pm. Again, I greatly appreciate your support!