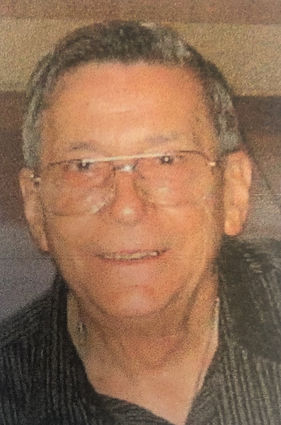 John Diores Gallet, 86, of Orange, passed away on April 16, 2021. A Mass of Christian Burial will be 10:00 a.m., Saturday, April 24, at St. Mary’s Catholic Church in Orange. Burial will follow at St. Mary’s Cemetery. Visitation will be from 5:00 p.m. to 7:00 p.m., with a Rosary starting at 6:00 p.m., Friday, at Claybar Funeral Home in Orange. Born in Vermilion Parish near Kaplan, Louisiana, on August 13, 1934, he was the son of Valery Gallet and Rena (Touchet) Gallet. Diores started school in Meaux, LA. His parents moved to Kaplan when he was in the third grade. He graduated from Kaplan High School as the valedictorian of his class in 1952. Diores went on to graduate from the Southwestern Louisiana Institute now UL Lafayette with a Bachelor of Science Degree in Chemical Engineering in 1956. He worked for DuPont in Orange and Wilmington, DE until 1962, when he joined Spencer Chemical Co. in Orange. Diores retired in 1999 after acquisitions of the Spencer facility by Gulf Oil Corp. and Chevron Corp. His career was spent in polyolefin product development and technical sales service as an engineer, supervisor and manager. Diores major technical accomplishment was the design of reactor that permitted a major increase in production rate and improved product properties with no major changes in the process which was used in major expansion projects. He was an active member of St. Mary Parish in Orange. Diores served on the parish council, was a lector, a eucharistic minister to the homebound, developed and operated a PC program to assist in counting the church collection, participated in the perpetual adoration of the Blessed Sacrament, was the financial secretary for 13 years and held several other offices in Knights of Columbus Council 1680 and was a trustee in Fourth Degree Knight of Columbus. He enjoyed tinkering in his workshop when he was younger. Diores favorite pastime in his later years was making greeting cards on his personal computer and sending them to family and friends who enjoyed their beauty and originality. He loved the 50’s rock and roll music and loved to dance to it. Diores was very devoted to the love of his life and wife, Rita Lynn Strain, his sons, his God, and his Church. He will be dearly missed by those who knew and loved him. He was preceded in death by his loving wife, Rita Lynn; parents, Valery and Rena Gallet; son, Bruce Lee Gallet; grandparents; and aunts and uncles. He is survived by his son, David Michael Gallet of Kennedy, Tx; sister, Lillie Mae Gallet Johnson of Broussard, LA; brother in law, Emmit Strain, Jr. and wife Ellen of Chalmette, LA; sister in law, Sherrill Strain Foret of New Orleans, LA; numerous cousins; and dear friend Anna Belle Rost. In lieu of flowers, the family requests that donations be made to St. Mary Catholic Church in Orange.