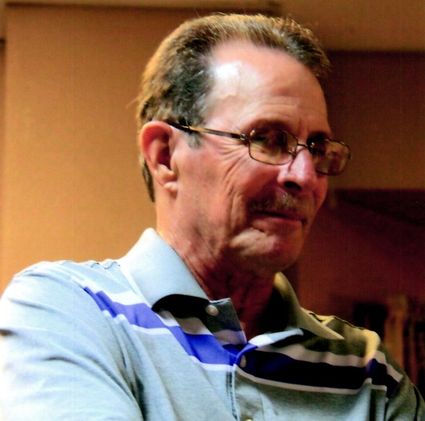 Ronald Lewis Fregia, Sr., 79, of Orange, passed away on April 18, 2021, in Beaumont. Funeral services will be at 10:00 a.m., Wednesday, April 21, 2021, at Claybar Funeral Home in Orange. Burial will follow at St. Mary’s Cemetery in Orange. Visitation will begin at 9:00 a.m., Wednesday, April 21, 2021, at Claybar Funeral Home in Orange. Born in Liberty, Texas, on February 27, 1942, he was the son of Jasper Willard “Bill” Fregia and Hazel Cecile (Johnson) Fregia. He was a member of St. Francis of Assisi Catholic Church where he served his Lord faithfully. Ronald worked as an electrician for the IBEW Local 479. He coached his sons Little League Baseball team when they were growing up where they formed an everlasting bond and love for the game. Ronald enjoyed playing golf and dancing. He will be deeply missed by all those who came to know and love him.He was preceded in death by his parents, Bill and Hazel Fregia; grandparents, Alec and Agnes Johnson, and Eugene and Emma Fregia; and sister, Judith Ann Blanc. He is survived by his loving wife, Jean Fregia; children, Ronald Fregia, Jr. and wife Julie of Orange, David Fregia and wife Dionna of Orange, Sarah Taylor of Houston, and Chris Runnels and wife Stephanie of Cabot, Arkansas; grandchildren, Paris Fregia, Stone Fregia, Skyler Lathrop, Wyatt Taylor, Caden Taylor, Dillon Young, Brandon Hall, Isabella Runnels and Ian Runnels. In lieu of flowers, memorial contributions can be made to the American Heart Association at http://www.heart.org. Masks are required to attend the funeral services and social distancing is encouraged.