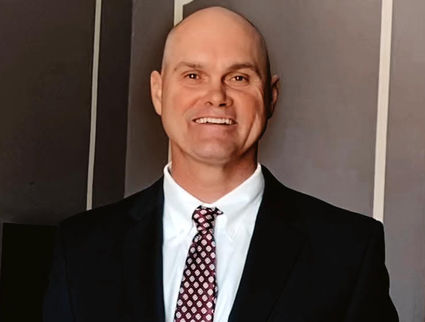 After Monday night's unanimous vote by the BCISD board members at the recommendation of new Superintendent Dr. Mike Kelly, McGuire admitted via Google Meet he hadn't known a lot about Bridge City when he was encouraged to apply for what will be his first head football coaching job.

But he proved he's a quick learner.

"It's going to feel great to beat West Orange-Stark," he declared to delighted board members Monday night.

A former All-Big 12 football player at Texas Tech, McGuire will succeed Allen DeShazo, who resigned as BC coach earlier this year after posting a 6-21 record in three seasons as head football coach and athletic director.

McGuire is a native of Crane, Texas, a town of 3,000 people halfway between Odessa and Fort Stockton that's home to the Museum of the Desert Southwest.

Since completing his playing career in Lubbock in 1997, McGuire began a high school coaching career with 10 previous Texas schools on his resume.

He has never worked or lived east of Interstate 45, the highway connecting Dallas and Houston, but he has been working for a former West Orange resident and Port Arthur high school All-American, Todd Dodge.

Dodge, starting quarterback at the University of Texas in the 1980s, is best known these days as a six-time state championship winner as head coach, four at Southlake Carroll and the past two at Westlake.

"Coach Dodge had great things to say about Bridge City when I didn't even know anything," McGuire revealed. "He said, 'You'll love it. They are great people there and hard-working kids.'

"I appreciate ya'll taking the time to interview me and you picking me feels great," McGuire told the superintendent and his board. "I'm very excited to get down to Bridge City."

Dodge actually scooped the Bridge City board, announcing McGuire's hiring Monday afternoon in a social media post intended for both his players and McGuire.

The new Cardinal coach and his wife, Rachael, have three teenage children.

Son Stoney McGuire was Westlake's backup quarterback last fall and will play this fall at West Texas A&M in Canyon.

Daughter JoLee and younger son Case will be coming to Bridge City High as a junior and a freshman, respectively. JoLee plays volleyball, softball and runs track. Case plays football, basketball and baseball.

McGuire said in a separate interview with The Penny Record Monday night that he hoped to start his new job in early May but he had to work out the details with his future and current bosses.

"I will meet with all the kids, administrators and support staff and get to know everybody," he said.

After playing for Coach Spike Dykes' Red Raiders as a defensive lineman, McGuire has coached at Sul Ross State in Alpine, Muleshoe, Springtown, Cedar Hill, Wichita Falls High, Klein Collins, Tomball, Schertz Clemens and was defensive coordinator at Lockhart for five years before joining Dodge's staff for a 42-3 run the past three seasons.

And, McGuire says, like the powerhouse program he's leaving, his new Cardinals teams will run a spread offense.

"We're going to be spread, just like Westlake," he said. "Just because it works. 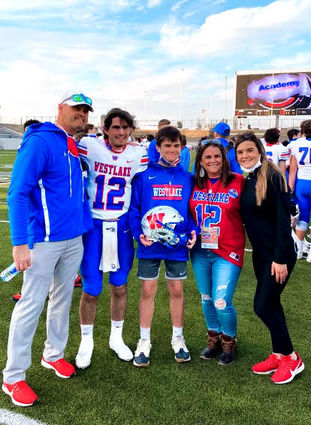 "We may not be the most talented, but we're going to be the most physical team out there."

Defensively, McGuire said Westlake ran a 4-2-5 but some of the candidates he's spoken to about being his defensive coordinator at BC prefer the 3-4, "more Katy style," he said.

"It just depends on who can come," he said.

Asked why he got into coaching, McGuire said he was just honoring his mentors.

"I had a lot of great coaches and in college. I wanted to give back to the sport that gave me so much, that paid for my college," he said.

"The kids now need role models. Football's a great sport. It doesn't matter your size, just how much you want it. You can be successful if you want it enough."