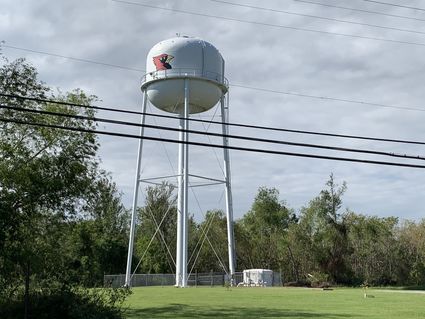 Randy Branch will be Mayor of West Orange after capturing 68.7% of the vote against Jim Whittington in the Spring 2021 election that ended Saturday evening.

Misty Songe and Ronnie Herrera face a runoff for the position of Mayor in Vidor, after finishing 1-2 in a three-way race in which no candidate received 50% plus one of the total votes cast.

Branch, pastor of Wesley United Methodist Church, will take the place of longtime West Orange mayor Roy McDonald, who earlier this year announced his retirement after 26 years as his city's top elected official.

Pullen lost by only seven votes, 145-138, to David C. Bailey for City Council District 1 in Orange. Paul Zoch defeated Collins 533-501 for the BCISD board.

Aaron Roccaforte, son of longtime BC councilman and mayor Kirk Roccaforte, defeated Harbert 484-259 in his first run for office and Vance finished fifth in a five-way race for three at-large seats.

Dearing collected 190 votes, Kennedy 183 and the other candidate, Jay Odom, finished with 171.

* Songe finished with 47.7% of the total votes for Vidor Mayor with 339. Herrera finished with 227 and Seth LaPray 145. In the only contested Vidor council race, former Mayor Kelly Carder turned around a seven-vote early voting deficit with a 115-106 edge in Saturday votes to win the race by two votes over Joseph Webb, 343-341.