Ten years have gone by 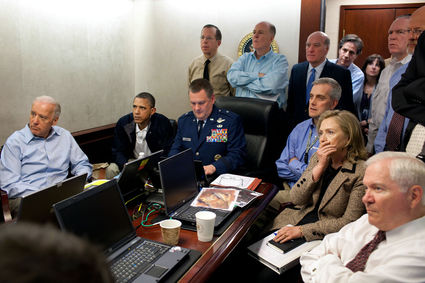 I was watching CNN just before 10 p.m. Sunday, May 1, 2011, when a newsbreak announced President Obama would be addressing the nation. A newsbreak this late on Sunday made it evident to me that this was going to be something big, but I didn't imagine how big. Osama bin Laden, 53, Al Qaeda leader and chief architect of the Sept. 11, 2001 terrorist attack on the United States was shot in the head, killed and his body buried in the ocean. It was a great plan, over many months, carried out by a handful of Navy Seals. President Obama authorized the operation that took place in a compound in Abbottabad, Pakistan. Osama had been there for years defying belief that the Pakistani people didn't know of his whereabouts. Breaux had stated in his column that if we ever got bin Laden it would be in Pakistan. History records this as a leadership moment in our country. It was a gutsy call by the President. If the operation would have failed and our men killed at that compound, Obama would have been done. It worked and justice was served. It took nearly 10 years to do it but the head of the snake has been cut off. A rich man, from a very wealthy Saudi family, Osama could have spent his life in luxury. Instead he chose to kill. In the end he got what he sowed and the world is better off today. Many words have been written and spoken about this event. President Obama and aides followed the raid by video while it unfolded. The raid finished in 40 minutes. I know their hearts must have skipped a beat when the Blackhawk helicopter malfunctioned. It is said that Vice-President Joe Biden kept his Rosary ring out and silently recited it throughout the operation. President Bush, Cheney and Rove say Obama deserves the credit, however some congressmen still can't being themselves to praise him, giving credit only to the raiders. Five plans were presented to the President. He made the call after several months of secret meetings and training at a replica facility in the U.S. The government has shot down the spin that water boarding led to Bid Laden. Not so they say. It was a textbook operation, pulled off by brave young Navy Seals. The Seal who fired the shots, once though the left eye and then the chest, will be revered for the rest of his life. There is no question this was a critical accomplishment of the Obama administration. We have had some terrible things happen in our country over the last 10 years, things we are not proud of that will also go down in history. That's how I remember the events. I also recall every minute of 911 that bin Ladin caused and I won't soon forget the insurrection on our nation's capital, led by a provoked mob, on Jan. 6, 2021.