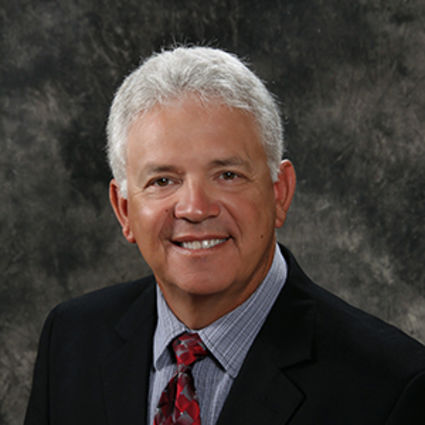 Summertime, and the county's wallet is thin.

It's getting to be an annual refrain in Orange County thanks to an onslaught of weather and health disasters that keep draining the Rainy Day Fund.

Orange County's hurricane history was few and far between prior to 2017's Harvey but in the aftermath of Hurricanes Rita and Ike in 2005 and 2008, County Commissioners had to borrow money to keep things running until disaster assistance arrived from the federal government.

Orange County had a $12 million fund balance (sometimes called the "Rainy Day Fund") and used it in 2017, when Harvey hit. But lagging reimbursement promised by the Federal Emergency Management Agency (FEMA) made budgeting for the future dicey and then County Judge Dean Crooks pushed for and got an emergency short-term loan of $8 million to cover the insecurity.

The same thing happened after Tropical Storm Imelda in 2019 when current County Judge John Gothia pushed for and got a smaller emergency short-term loan.

It turned out neither loan was needed. Then.

Both times, FEMA beat the buzzer by releasing some last-minute checks.

"Generally, by now, we would have started receiving some of that money back from FEMA on the debris," Gothia said at Tuesday's Commissioners Court meeting.

"The issue we're in is that we're getting ready to come into our next budget season [Fiscal Year 2022 begins Oct. 1] and we haven't started receiving any of those checks yet.

"A lot of that is due to COVID-related activities [at federal agencies], of people working from home and not everybody in their offices. It has slowed the process – but not on our end. We've turned all our stuff in."

Joel Ardoin, emergency management coordinator for Orange County, announced Tuesday that the county has received a $1.7 million reimbursement from a different federal source on COVID emergency expenses from Congress' CARES Act that clears that account.

But that money doesn't fill what Gothia says will be a $14 million hole in county finances to replace the $14 million the county has spent and still owes for hauling debris off citizens' properties, the required monitoring of the process, and the final demolition of the debris.

The commissioners OK'd a payment of $518,000 to AshBritt Environmental Tuesday for debris pickup.

"As soon as this [AshBritt] bill is paid that we approved today, we will send that straight to FEMA and say: 'We have paid this money. Now we need our reimbursement,'" Gothia said.

"And we've been doing that the whole way."

Gothia says the county expects 75% FEMA reimbursement, leaving the county on the hook for $3.5 million once all the money is repaid by FEMA.

Gothia said Orange County has so far paid only $6 million million of the debris bill from Laura.

"We had a budget surplus," Gothia said. "We still have some of it, because we haven't paid all those bills, yet. We're trying to manage some of that so we don't put ourselves in a bind.

"But the closer we get to September, the more in jeopardy that puts us."

Gothia said at last week's commissioners meeting that he had reached out to U.S. Congressman Brian Babin and Texas Department of Emergency Management Chief Nim Kidd to help kickstart the FEMA payments.

Gothia said: "The issue with this is we spent all of our reserve funds to cover all of the debris cost, the coronavirus money and all of the glass [broken by Hurricanes Laura and Delta in 2020]. We haven't received any of it back yet.

"It's going to put us well into next year budgetary time frame that we don't have any of our reserves sitting there anymore, because it's still sitting there [awaiting reimbursement].

"They will eventually pay us, but I've talked with the Congressman and made sure he understands our urgency here because we're one of the few counties – one of the only counties in Texas – that had a large debris bill from Hurricane Laura.

"We're going to try to make sure they understand our urgency so that come next year, we're not having to borrow money to be able to continue to operate our business."

While finishing up the 2021 budget last September, Gothia announced he was including $1 million in big ticket purchases but would only OK those purchases if conditions were good.

The county OK'd nearly a half-million dollars in those delayed purchases for Road & Bridge department on March 23, reasoning they needed new equipment to speed up work on road projects this summer.

That came less than 15 minutes after Commissioners took no action on a request from the Mosquito Control Director Patrick Beebe to purchase another delayed budget item, a $27,487 F-150 pickup.

Beebe said it was to replace a vehicle with 190,000 miles of use. The Commissioners deemed it not to be "a necessary item."