Opinions vary on Draft success of Texans and Cowboys 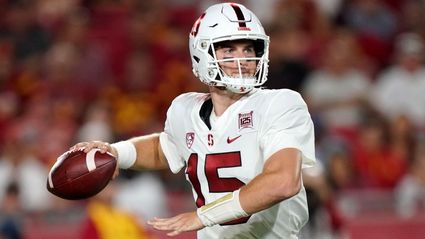 Most of the country's sports journalists were right on the money when their mock drafts indicated that as many as four quarterbacks would be selected in the first 10 picks of last weekend's National Football League's 2021 draft.

There was no surprise whatsoever that Clemson's Trevor Lawrence would go the Jacksonville Jaguars as the No. 1 pick in the entire draft. And with BYU's Zach Wilson going next to the New York Jets and Trey Lance of North Dakota State going third to the San Francisco 49ers, it was still not shocking news.

But when it came down to the drafting success of the Lone Star State's two franchises-the Houston Texans and the Dallas Cowboys-there were widespread differences of opinions of how each team did, especially from the Houston Chronicle's Sunday edition.

Instead of looking for the best available athlete for their first pick-which was No. 67 overall in the third round-Caserio spent the remainder of Friday's first round searching the draft for a quarterback that might be available Saturday when the Texans finally got their chance to pick.

Caserio chose Stanford's Davis Mills, a 6-4, 217-pound underclassman who opted for the NFL draft, and decided that he probably will need plenty of NFL experience and will be listed behind Tyrod Taylor and Ryan Finley on the quarterback depth chart to begin summer drills.

The few teams still interested in trading for Watson will wait until his 22 lawsuits are history before even talking to Caserio. There's a good chance Watson will be reprimanded, fined or even suspended by the NFL and perhaps even arrested by the Houston police department.

And while the Texans focused on replacing Watson and departed best-ever defensive end J.J. Watt, the Dallas Cowboys' idiot owner Jerry Jones went after much-needed defensive players and grabbed nine of his 11 picks on that side of the ball.

ESPN's First Take program Monday morning said the consensus of their commentators was that the Cowboys made the most improvement of any NFL team with last weekend's draft, especially at linebacker with Penn State's Micah Parsons and LSU's Jabil Cox.

The Chronicle's long-time NFL beat writer John McClain graded each team's draft and rated the Cowboys with a D+ (the second-lowest mark), explaining that Jerry Jones did not get the cornerback in the first round that he needed and also that the owner took some players with character issues. And he gave the Texans a C+ on their five picks.

Solomon wrote that Houston's taking a middle-of-the-pack quarterback-who was the eighth one picked in the draft--for a team desperate for defense makes no sense at all. And the Texans' front office celebrated as if they had won the lottery.

"This isn't to slam Mills-who seems like a sweetheart of a guy-this is about an organization that continues to make questionable moves and offers very little explanation as to why said moves make any sense," Solomon stated.

Smith takes it one step farther after Caserio explained that drafting a quarterback was about creating as much competition as possible.

"So, here's a free tip to the new GM who received a six-year, $30 million contract to take over the football side of a franchise that officially still features the embattled Deshaun Watson as its starting quarterback," Smith wrote.

"Texas fans aren't idiots, Nick. They're not dumb. They're not stupid. They proudly live in the great state of Texas and, thus, believe in and swear by the life-affirming power of football. And many of the truest and most dedicated Texans fans traced their NFL love back to the Oilers," Smith continued.

"So, cut the baby-food coachspeak, Nick. And at least show a little personal and professional respect for a fanbase that your battered franchise will soon be begging to semi-fill NRG Stadium in less than five months," Smith concluded.

KWICKIES...After losing to a shutout last week, Orange's Chad Dallas enjoyed the plethora of runs his Tennessee Volunteer teammates gave him and coasted to a 14-4 victory over the Kentucky Wildcats last Thursday to improve his record to 7-1 for the season. Dallas pitched six innings, gave up four runs (three earned), six hits, two walks and struck out seven to raise his strikeout total to 79.

And while on the subject, the Lamar Cardinals split the four-game series with Texas A&M-Corpus Christi with a 6-3 victory Sunday afternoon to remain in the same position in the Southland Conference standings at 11-13. Chad's older brother Jack Dallas was credited with the save.

Green Bay quarterback Aaron Rodgers keeps telling the front office that he doesn't want to play there anymore and to trade him, but like with the Texans and Deshaun Watson earlier this year, it's falling on deaf ears.

The Southland Conference champion Sam Houston Bearkats advanced to the semifinal round in the Football Championship Subdivision playoffs by upsetting defending champion North Dakota State 24-20 Sunday in Huntsville before a rowdy crowd of 5,000 fans at Bowers Stadium. The Bearkats (8-0) are two victories from their first FCS national title and the first of any kind since they split an NAIA championship in 1964. They will play James Madison Saturday at a site yet to be determined.

Sam Burns took advantage of a ball hit in the water by Keegan Bradley that broke the first-place tie and went on to his first PGA Tour victory in the Valspar Championship Sunday at Palm Harbor, Fla. Today he is $1,242,000 richer from the win.

And a bit closer to home, Mike Wier won the Insperity Invitational Sunday at The Woodlands beating John Daly by two strokes and finishing with 66-68-134.

JUST BETWEEN US...The Kentucky Derby's winningest trainer Bob Baffert (7) and winningest jockey John Velazquez teamed up to take a small cheap horse like Medina Spirit with 12-1 odds and win Saturday's 147th running of the classic event at Churchill Downs which made good money for those railbirds who believed in those two horse racing geniuses. The horse ran a great time of 2:01.02 and paid $26.20 to win on a two-dollar wager. Baffert said he will announce this weekend whether Medina Spirit will compete for the Triple Crown by running in the Preakness Stakes on May 15.