LCI StuCo One Of 8 Award Of Excellence Groups In Nation 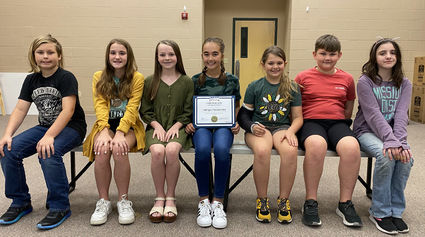 Little Cypress Intermediate School was recently notified that its Student Council is one of only eight schools in America to receive the American Student Council Association School of Excellence Award. Selections for the award are based on projects in the areas of community service, student leadership, citizenship and school spirit that were completed during the current school year. Councils also are required to submit letter of recommendation from the school principal and student council president. Below is an excerpt from Principal Michael Ridout’s recommendation. “Due to COVID-19 related restrictions, our student council got a late start this year. They still managed to make an impact on this school and our community. I have watched them turn their focus inward and work to make sure their underprivileged classmates have a good Christmas with presents under their trees and baskets of food. I have watched them turn their attention to our community as they raised money for St. Jude’s Children’s Hospital and collected toys and dresses for the #Austynstrong Project. They have made us better community members by rallying us to observe and support Autism Spectrum Disorder awareness. They brought some normalcy back by hosting a socially distanced talent show, complete with outdoor drive-in style viewing party. They have recently had an impressive fundraising campaign through their Adventure Dash Fun Run, and they will use those funds to revitalize the recess area for all the students on the campus and host an enormous end-of-the-year celebration that will draw a fitting close to this challenging year. Student leaders. Difference makers. World changers. Challenge accepters and campus motivators.” Officers for the Student Council include Fowler Mills – Treasurer, Charley Jones - Head Senator, Emmy Richards – Secretary, Jayslea Bourdier – President, Brystol Castino - Vice President, Justus Fuller – Senator, and Taylor Bean – Historian. (As seen in attached photo) According to the LCI Student Council Sponsor Jamie Williams, the organization has received the award a total of 5 times in the past six years. She also said that Kenda Girndt and Lisa McKinley are also involved in making the program successful. 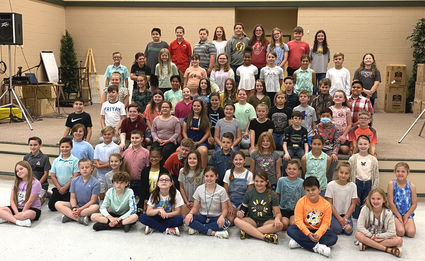