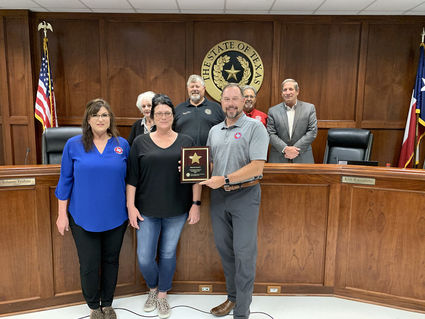 County Commissioners approved a $15,000 payment from the Hotel Occupancy Tax fund to pay the host fee.

The tournament, based at Orange Boat Ramp, is a last-chance qualifier for the Carhartt BASSmaster National Championship in August.

Jessica Hill, Executive Director of the Orange County Economic Development Corporation, said the event could bring from 100 to 250 two-person fishing teams to town, according to organizers.

“It’s a way for collegiate anglers to qualify for the Elite Series,” she said.

The Greater Orange Chamber of Commerce hosted the Bassmaster Elite tournament in April. It drew a record crowd of more than 40,000 for the three-day event, most for any Bassmaster Elite event, according to organizers.

The original ask Hill brought to commissioners was for $41,000.

Asked if the City of Orange’s HOT fund had been requested to participate, Leigh Anne Dallas, the city’s Event Manager, explained the city did not consider funding requests beyond its annual application period.

Commissioners approved $1.5 million in checks paid out, including $277,000 to Texas Association of Counties for a year’s worth of liability insurance and $103,000 to TAC for medical, dental and life insurance for county retirees under 65 for the month of May.

Coincidentally, TAC named Orange County one of only 11 counties in Texas to receive its Excellence in Safety Award for 2020.

The Sheriff’s Office was approved to spend Treasury Forfeiture Budget funds for $125,000 to purchase a van, a truck and an SUV to replace worn out vehicles and $4,300 for a finger print magnifier.