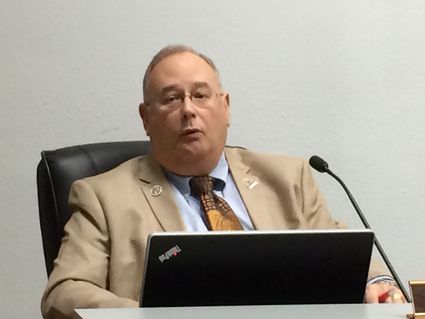 Patrick Pullen, two-term City Council member for the City of Orange, has asked for a recount of votes after coming up seven votes behind in his re-election bid to David C. Bailey last Saturday.

Two-term Orange City Council member Patrick Pullen will get a recount of results of the May 1 election.

It will be conducted beginning at 9 a.m. Friday, with results expected by noon, Orange County's Election Administration announced.

Pullen, an Orange policeman for 32 years before retiring with the rank of Captain, finished seven votes shy of challenger David C. Bailey in the final ballot count, 145-138, for Orange District 1 representative.

In his first election to city council in 2015, Pullen defeated Deborah Mitchell by one vote for the District 1 seat.

Webb has until Friday to ask for a recount, said Donna Alford, the county's Deputy Election Administrator.

Tina Barrow, County Elections Administrator, said in order to request a recount, a candidate first needs to make a deposit of $100 to recount early votes plus $100 per May 1 polling place. In Pullen's case, that was a $200 deposit. The candidate would get a refund or a bill if costs exceed the deposit, Barrow said.