Boyett chosen as BC Chamber May Student of Month for OFHS 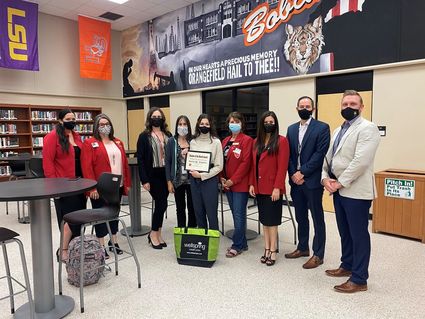 When asked about her future plans, Kassidy said she plans to follow her passion for music by seeking a degree in music education at Lamar University. She then plans to transfer to the University of Houston to complete her college education. Kassidy was presented his certificate and gift bag by our Bridge City Chamber Ambassador President, Kristen Placette, VP of Sabine Federal Credit Union.