Molley BCHS May Student of the Month for BC Chamber 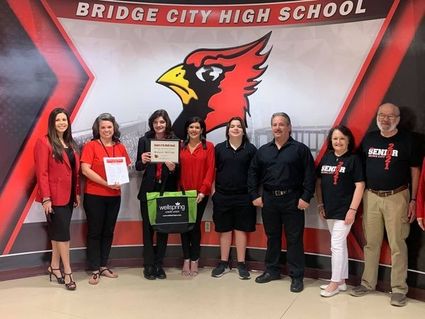 The Bridge City Chamber of Commerce has announced that the May Student of the Month for Bridge City High School is Mclain Molley. Mclain is the son of Robin and Tanya Molley. When asked about his future plans, Mclain said he plans to attend Lamar State College Orange and pursue a degree in entrepreneurship/business. Mclain was presented his certificate and gift bag by our Bridge City Chamber Ambassador President, Kristen