Flooding Will Change The Game Locally 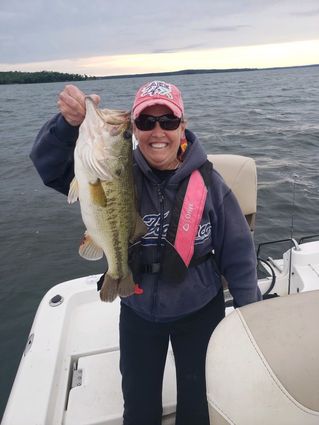 Prior to the recent flooding, I thought that conditions could not have been much tougher for the teams fishing the second of four tournaments in the Sabine Redfish Series last Saturday. If nothing else, the high water altered more than one game plan as only sixteen of the thirty-four

teams weighed in fish.After four days of torrential rains and even higher water, it looks as

though they were fortunate to get this one in. The tough conditions apparently didn’t bother the winning team of Brian Quebedeaux and Gary Sheppard too badly as they vaulted into the Team of the Year lead with 25.67-pounds. Their impressive catch outdistanced the second place team of Robert Gross and Bob Purdy by six pounds.Gross and Purdy posted a respectable

19.50 catch narrowly edging out Tony Viator and Jeremy Reeves 19.23-pound bag. The Series includes four events with the Team of the Year winners cashing a $15,000 check. There is a lot of catching left to do with two remaining events, but a big lead can quickly evaporate due to one bad decision or fickle fish. Quebedeaux and Sheppard are currently in the

lead with 46.98-pounds followed by Viator and Reeves with 42-pounds and Purdy and Gross with 40 pounds. The next event is set for June 26^th .For more information call Andre

Jenkins at 409-330-7745.A pair of Lamar State College Gators took their bass fishing skills to

Smith Lake in Alabama and got the job done. A quick change in tactics

enabled the team to jump from the 30th spot to 10^th earning them a shot at the Championship later this year. The Lamar duo will join several Gator team mates in an effort to defend their home water in July. The tournament will be hosted on the Sabine River and is yet another qualifying event.“We finally got a short break in the rain and Susan and I made a quick

run to see if the bass would cooperate,” stated Eddie Hudson. “I think I have created a monster and I couldn’t be more pleased!” The statement was in reference to his newest and quite possibly “now permanent” fishing partner. “When I crank the engine, she is already

climbing in the boat. ”What Hudson recently discovered is that his wife,

Susan, is as smitten with bass fishing as he is. When cultivating a love of fishing it helps if you consistently get a swing at a fish or two and that is exactly what Eddie has provided. After

spending the majority of his fishing time lately paying far more attention to his electronics, he has now been able to catch at least a few bass on the toughest of days. Very few people start their bass fishing learning to fish a drop shot or Carolina rig, but that is exactly what Susan has done. “She gets as excited over a thump at the end of her line as I do and it is fun just

watching her go on point,” added Hudson. “She doesn’t miss many swings.” The fact that they keep their boat hanging in the sling means they are always less than a five minute run from his deep water honey holes. Even more important is the fact that they are also only five minutes from safety should another storm approach. Aside from the fact that Susan obviously had a passion for fishing and just didn’t know it, a major factor in enhancing her “catching skills”

has been choice of tackle. Eddie initially called me a couple of years ago looking for a spinning rod that would make his venture into drop-shotting more manageable. Laguna Rods built him a pair of 6’10” medium heavy rods and they proved to be the ticket when paired with an open-face spinning reel and braided line. In Susan’s case, she was able to spend more time fishing and determining what a bite felt like than picking out back lashes. The Hudsons also Carolina rig with the same rod which is a little unusual, but the medium heavy action and added length is up to the task. No single rod covers all of the bases, but I have never started a youngster or inexperienced client with anything other than a spinning rod. A lot of those eight year old clients are now fifty-eight and still relying on spinning gear. Susan caught two personal bests between storms last week while most of us were stuck inside. Nothing like discovering that your favorite fishing partner is also your favorite girl!