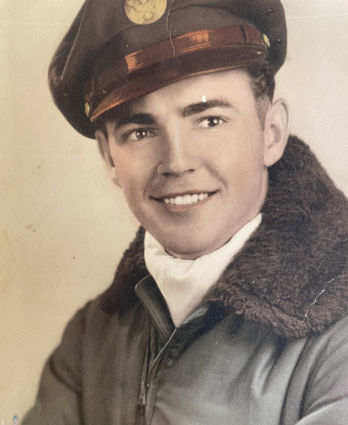 Athanase Benoit, Jr., 91, of Bridge City, died Thursday, May 6, 2021, at Harbor Hospice in Beaumont. A graveside service, with military honors, will be held at 2:00 p.m. Sunday, May16, 2021, at Hillcrest Memorial Gardens near Bridge City. Officiating will be Reverend Mark Bunch, pastor of St. Paul United Methodist Church of Bridge City. Born in Gueydan, Louisiana on June 30, 1929, he was the son of Athanase Benoit, Sr. and Maria Benoit. Athanase was a veteran of the US Navy, the US Army, and the US Air Force. While serving with the 3rd infantry of the US Army during the Korean War in 1950, he was wounded in battle. Following his discharge from the Army, he later joined the US Air Force. Athanase was preceded in death by his parents, Athanase and Maria Benoit; his loving wife, Billie Nell Barker Benoit; daughter, Louella Francis Benoit Capps; and his 17 brothers and sisters. Those left to cherish his memory include his children, Joreen Maria Haylock, Ronald Benoit, Timothy Benoit, and Greg Benoit and spouse Cathy Johns; several grandchildren, great grandchildren, and great-great-grandchildren. Services are under the direction of Claybar Funeral Home in Orange.