Bridge City names Cooper and Lyons their top grads for 2021 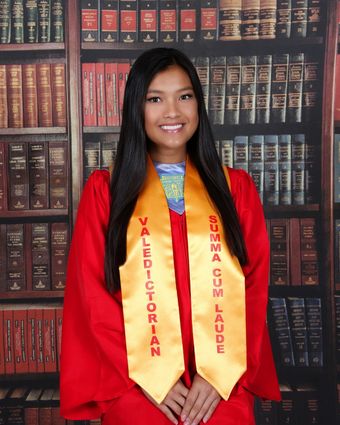 Bridge City's top grads are Waverlee Cooper as Valedictorian and Graciela Lyons as Salutatorian for the Class of 2021.

Waverlee Cooper is the daughter of Kim and James Cooper, and younger sister of Michaela Cooper. Waverlee will be graduating as the Valedictorian of Bridge City High School’s Class of 2021. Waverlee has been involved with multiple clubs and organizations throughout her high school career. She has been her varsity volleyball team’s head captain for two years and advanced all the way to the regional quarterfinals this year. She was also on the varsity tennis team, where she’s earned district champion since her freshman year. She has also held multiple leadership positions, such as being chosen to represent her school in the HOBY Leadership Camp, RYLA, and YLSET. She has also participated in Stark Reading, UIL Math, band, and student council. When she isn’t busy, she volunteers her time to Adapted Sports for Kids, the Hospitality Center, Tutoring, and Salvation Army. Waverlee has earned Lamar’s full-ride Presidential Scholarship, where she will Major in Biology and attend Dental School afterwards. 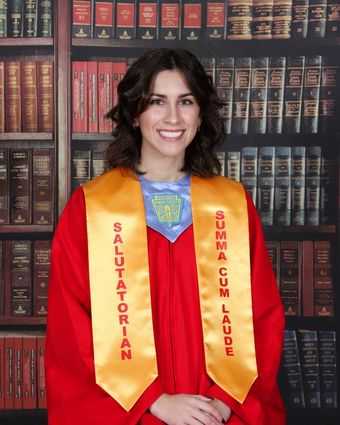 Graciela Lyons is the oldest daughter of Michele and Doug Lyons and will be graduating as salutatorian of the class of 2021. Throughout her time at Bridge City High School, Graciela has participated in many extracurriculars such as marching band, soccer, UIL Academics, and National Honor Society. She has held various leadership positions as well, serving as one of the captains of the soccer team, co-captain of the drumline, and as Parliamentarian of National Honor Society. Graciela also took many AP and Dual Enrollment classes, earning college credit in those subjects. In the fall, she will be attending the University of North Texas with the President’s Honors scholarship to major in computer science.