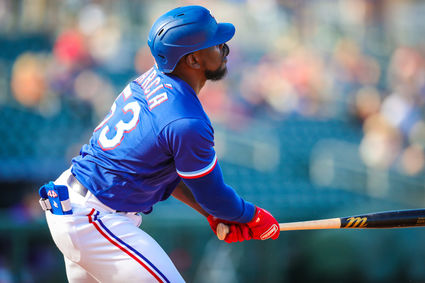 I was able to watch a plethora of sporting events on the tube last weekend and either saw or heard about some weird scenarios that ended some of these contests.

Locally, we had the two Dallas brothers-Jack at Lamar University and Chad at the University of Tennessee-- help their respective school's baseball team get into their post-season conference tournaments and the Orangefield Bobcats earn a berth in the regional semifinals WITHOUT getting a base hit to drive in the game-winning runs in the final innings that decided the final score.

Jack Dallas pitched the entire regular season as the Cardinals' ace closer, but thought like everyone else that the season was over with Saturday's final game as they entered the final two weeks in 12th place in the Southland Conference standings with 11-17 in the SLC.

So, the Redbirds relaxed and just played baseball for fun. Lo and behold! they won six of the eight games and thanks to my alma mater the McNeese State Cowboys beating Central Arkansas Friday, it set up a "win and you're in" situation for Lamar in their season's finale Saturday against Incarnate Word. The Cards haven't been to the SLC tourney in five years.

Head Coach Will Davis didn't have to think too hard to decide to start Jack Dallas for Saturday's important game. His teammates responded by scoring 13 runs while Jack limited IW to three runs and the Cards got into this week's SLC playoffs as the eighth and last seed and will have to play No. 1 seed Abilene Christian in today's first round at the tourney site in Hammond.

Younger brother Chad's chore was not nearly as dramatic as Jack's as he opened the three-game series at South Carolina Thursday and upped his impressive regular-season record to 9-1 as the Vols waxed the hosts 10-4. Chad pitched 7 1/3 innings, gave up five hits, struck out eight and walked one. He had quality efforts in 11 of his 13 starts.

Tennessee won the series two games to one which enabled the Vols to have a first-round bye yesterday and today will play the first-round winner between South Carolina and Alabama. Chad will probably pitch in today's 1 p.m. game that can be seen on the SEC Network.

The Orangefield Bobcats took advantage of Hardin-Jefferson's shoddy relief pitching to advance to the Class 4A regional semifinals against Rusk tomorrow in a one-game, winner-take-all playoff game at Sam Houston State in Huntsville at 7 p.m.

The playoffs last week took place at Vincent-Beck Stadium on the Lamar campus in Beaumont. The Bobcats loaded the bases in the bottom of the seventh inning and scored the winning run on a walk that gave Orangefield a 3-2 first-game victory.

Friday's game was a bit different but with the same results. H-J's ace Brayden Edwards was locked up in a scoreless pitcher's duel with Orangefield's Coop Longron going into the top of the seventh inning.

Edwards walked a Bobcat batter and hit another with a pitch and was yanked and relieved by Tyler Baack. The runners moved up on a ground out and then they each scored on wild pitches that went to the "baackstop" giving the Bobcats a 2-0 lead.

Longron was eyeing a complete-game shutout going into the bottom of the seventh but H-J did not roll over and die. Instead, they scored a run on a two-out double. After a walk, Longron got the 'Cats a 2-1 quarter-final-round victory after throwing 110 pitches.

However, our Astros are a different story. After winning the series at Oakland and taking over first place in the AL West Division from the A's, Houston traveled to Arlington to meet the last-place Texas Rangers who were riding a six-game losing streak.

Despite having four starting pitchers on the injured list, Houston got quality starts from all three-Zack Greinke, Lance McCullers, Jr. and Cristian Javier-and they all left the game with the Astros either leading or tied.

Between a lousy bullpen and Adolis Garcia, the Rangers one-man wrecking crew, the Astros left Arlington with their tails between their legs, being swept in all three games on late-inning rallies. In fact, two of the games went into extra innings.

Perhaps the Astros need to play better teams to get back to their winning ways and slip back into first place. The three-team home stand that began last night features the LA Dodgers (.617 winning percentage), the San Diego Padres (.636) and the Boston Red Sox (.604).

KWICKIES...A tip of the Korner Kap to the Little Cypress-Mauriceville boys golf team who came in seventh in the Class 4A State Golf Championships last week at the Plum Creek Course in Kyle. In his final high school tournament Jack Burke finished fourth in the tourney that was shortened to 27 holes due to inclement weather. The talented senior who is headed to Texas State in San Marcos fired a 71-37--108 and finished in a 3-way tie for fourth place. Other members of the Battlin' Bears team include Travis Love (84-39-123), Wyatt Wozniak (86-42-128), Will Van Pelt (97-40-137) and Tim Weaver (95-42-137).

Ranking must not mean a whole lot in pro golf as Phil Mickelson, ranked way down the chart, won the PGA Championship last weekend while Dustin Johnson, No. 1 in the World Golf Rankings, shot an opening round 76 and then 74 Friday to miss consecutive cuts at majors. It marked the first time a top-ranked golfer missed consecutive cuts since 1997 when Greg Norman went home early at the Masters and U.S Open.

Houston Astros slugger Yordan Alvarez says he's interested in representing the team in the home run derby during All-Star Week in July. The way Alvarez handled the bat at Arlington last weekend, he would have a better chance at the ground-out/strike-out derby if there was one!!

And while on the subject of the Astros, second baseman Jose Altuve went into last night's game at Minute Maid Park against the LA Dodgers with a 17-game hitting streak.

After dropping the opening game of their best-or-three playoff series against Anderson-Shiro last week, the Buna Cougars came roaring back to win the next two, winning the rubber game of the Class 3A quarter-finals 3-2 Saturday and will face Cameron Yoe this week in the semifinals. Woodville also advanced in the regionals and will meet Malakoff.

When manager Billy Martin sent pitching coach Art Fowler to settle down the hurler on the mound, the meeting lasted less than 15 seconds. The simple message from Martin was "Throw strikes. Babe Ruth is dead."

JUST BETWEEN US...The odds of Phil Mickelson winning last weekend's PGA Championship earlier last week were almost infinity because no golfer his age (50 years, 11 months and seven days) has ever won a major tournament in the 161 years of major championship golf. Julius Boros won the 1968 PGA at age 48. But Fan Favorite Phil fooled them all after losing his lead early on Sunday, regaining it and then outdistancing the field to win his sixth career major, including the PGA before. With his two-stroke victory over Brooks Koepka and Louis Oosthuizen, Mickelson became only the fourth golfer in history to record a PGA Tour win in four different decades. The others are Sam Snead, Ray Floyd and Davis Love III.