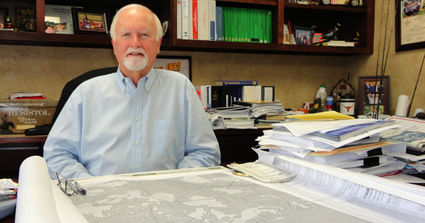 Expect city tax rates to decrease this year but don't look for tax bills to decline.

Based on May's skyrocketing proposed tax values, county and city governments and school districts should be forced to slash their rates to avoid taking too big a bite out of taxpayer's wallets.

But a bite it will still be.

County-wide, the proposed tax assessments for 2021 were 16 percent higher than in 2020. The final increase should be lower, after appeals are heard and values are finalized in July, but a double-digit percent rise still seems likely.

But rising worldwide prices tied to trade disputes and manufacturers shut down by COVID have affected the cost of maintaining the status quo in services governments provide their taxpayers.

"When the amount of [money for] maintenance goes up and the amount [of money] you receive goes down, it's not a good situation."

In addition to higher prices on routine expenses, local governments in Southeast Texas have had to tap their reserve funds to pay for damages from hurricanes and tropical storms and, for the past year, COVID-19 precautions.

So far, no government reimbursements have come related to Hurricane Laura. But funds to help with COVID expenses have filter down via the CARES Act.

"You always have a lot of unreimbursed things when you have a disaster," Jones said. "We're still working on closing out the books on Hurricane Ike [in 2008] and that was 13 years ago.

"What it requires you to do is spend some of your reserves and you don't even get all of that back."

Jones said Bridge City's department heads are scheduled to turn in their budget requests to BC Finance Director Karen Morgan by Friday, the city will receive its certified [final] tax rolls on July 25 and budget workshops for council members will begin July 26.

The final proposed budget will be turned in no later than July 30, Jones said, and public hearings will be held Aug. 3 and Aug. 7.

As an example of ever-increasing costs, Orange County's property insurance for 2022 is set to increase 19 percent, with its per-incident deductible increasing from $1,000 to $5,000.

That, said Lisa McCaig, risk management consultant for the Texas Association of Counties, is after her company paid Orange County almost $6 million for 10 claims in the past four years, beginning with Hurricane Harvey.

Of course, price increases will hit everybody, not just governments.

Mike Kunst, City of Orange city manager, unveiled a PowerPoint he called "Budget 101" at the May 25 meeting, explaining his department heads' budget requests were due last Friday, with June and most of July reserved to "crunch numbers."

The preliminary budget is due July 24 with public hearings in August. The 2021 budget will be finalized Sept. 27, Kunst said.

He pointed out that Orange's average homeowner pays $65 per month for city taxes, while most people pay $100 per month for their cell phone.

Bridge City's Jones said Tuesday it was way too early to say what the 2022 budget could add or would need to subtract.

"I don't propose reducing any of the services we provide at all. I'm also looking at income producers, like sales tax."

Sales tax receipts for Orange County have reached an all-time high the past 18 months, despite the shuttering of businesses caused by the pandemic.