Ex-lawmaker at home on the ranch 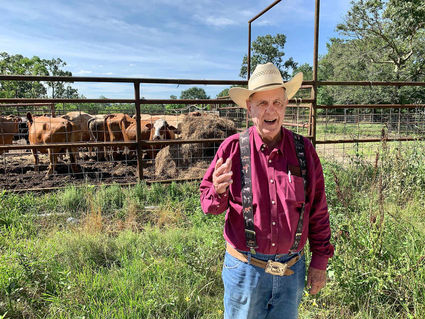 Former State Representative Wayne Peveto has worked with cattle since his days at the family dairy.

Wayne Peveto grew up on the family farm in Orange County's McLewis community.

He and his four brothers helped their sharecropper dad, Horace, and mother Lola raise a rice crop and run a dairy. Eventually, the family farm grew to 160 acres.

Today, Wayne Peveto owns about 3,500 acres of north Orange County land – more than five square miles – and two of the larger herds of cattle in the area.

"It's in your blood, just something you do," said the 82-year-old rancher. "I do have hired help, but I have to be here every day and do the bookwork."

He has been a practicing lawyer for most of his life and achieved a rare honor in 1973 when he was elected by his neighbors to represent them in the Texas Legislature.

He was re-elected to the Texas House of Representatives five times, serving a total of 12 years in the Statehouse.

"I was burnt out when I got out and I wanted to try to make some money and pay for my land," he said.

But Peveto left a lasting legacy in the Legislature with the so-called "Peveto bill."

Passed in 1979, the "Peveto bill ... essentially formed the basis of the property tax system in place today," says the website of the Texas Comptroller. "It separated appraisals from tax collection," professionalizing and depoliticizing the appraisal process.

"Additionally, property now had to be assessed at full market value and reassessed at least once every three years," the 2015 post continued.

A graduate of Orangefield High School and Sam Houston State, with a bachelor's in agribusiness, Peveto actually worked as a seventh- and eighth-grade math and science teacher (and basketball coach and bus driver) at Orange's old Bancroft School before deciding to go to law school.

Only six years after passing the bar exam, Peveto reported to Austin for his first term in the Lege.

But he needed no time to recognize the ball of confusion that was the state's then-system of property taxation.

"Texas had a system where each county, each city, each school district, each water district all had their own tax appraisers. There were 2,200 taxing entities in Texas appraising taxes," Peveto explained.

"There was no uniformity even as to what types of property were put on the tax rolls. Some districts taxed chickens, others taxed cows."

Peveto's bill, first written in 1973 but not passed by both the Texas House and Senate and signed by the Governor until 1979, created a system of countywide central appraisal districts (CADs) and appraisal review boards to allow taxpayers to contest their appraisals.

Now, tax rates are set by each taxing entity and each homeowner's taxes are the product of the appraised property value times rate. Collection of taxes has been assigned to each county's tax assessor-collector.

"It was a very controversial bill," he explained.

"We went from 2,200 appraisers to 254. All of those districts opposed it, doing away with all those jobs. Big oil companies didn't want new appraisals.

"You don't make changes to the tax code without a hell of a lot of opposition. Why ask for trouble? I saw it [a better way] and knew it had to be." 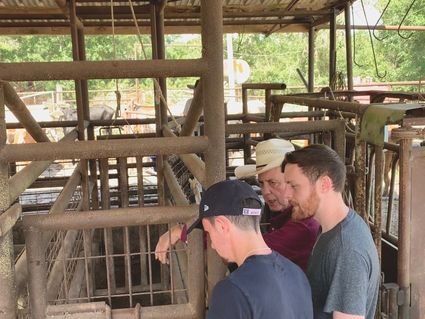 The Texas Legislature, which meets for five months every two years, paid a $400 per month salary when Peveto began and finally was increased to $600 per month before he left. It remains at $600 per month, or $7,200 per year.

"I started buying timber land," he said. "The Lutcher-Moore Lumber Company was selling out and I knew there would never be more land on the market.

Besides running cattle, Peveto has raised soybeans and rice on his land.

"I was busy," he said. "But I'm getting so durn old, I'm going to have to retire before too long."