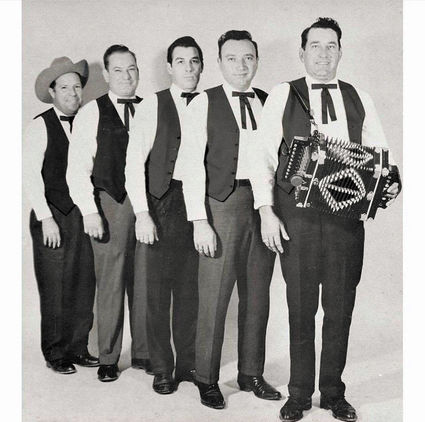 Joe Bonsall (right) and his legendary band, The Orange Playboys.

A previous "Down Life's Highway" column in 'The Record' newspapers struck a chord with Sandra Cash. It resonated with her so deeply, that she kept a copy of that column for over a year.

"Heavenly Cajuns-who will fill their shoes" was the title of the column that was published March 18, 2020 in The Record Newspapers.

"That was the question my dad always asked," said Cash.

Her father was a local Cajun music legend, Joe Bonsall. He and his band, "The Orange Playboys" recorded countless albums before his death at age 75 in 1996. They were inducted into the Cajun Music Hall of Fame in 1981.

The name Bonsall is not French, it is English. His ancestor was rescued from a shipwreck off the coast of Louisiana according to family accounts. The survivor was adopted by the Cajuns, became immersed in the Acadian culture and fell in love with a local woman of French descent.

Bonsall was one of 11 children. He was born in Lake Arthur, La. He learned to play music at his mother's knee. Theresia Theriot Bonsall was an accordion player.

"She played at home and weekend home dances at the turn of the century," said Cash.

The family moved to Prairie View, which is now Bridge City, when Bonsall was a boy.

He fell in love with Mable Duhon from Vinton, La. And made his home there. His "day job" was a mechanic for Shell Oil Co located on Blacks Bayou in Louisiana, but his weekends were reserved for his second great love-music.

According to Cash, her father started his band "The Orange Playboys" in the 50s.

"They had a tremendous following," said Cash. "At one time his recordings were sold more in Europe than in the states."

Cash said her father never passed up an opportunity to promote the Cajun traditions by giving talks in schools, providing accordion accompaniment to Catholic masses in French, playing at music festivals and "always supporting each and every young Cajun musician."

He worked continuously to promote and preserve that way of life through music.

For years he attended the Texas Folklife Festival in San Antonio as an "Accordion King." He would also attend Octoberfest because accordion is also a major instrument in German culture. It was there, he met Myron Floren, the assistant band director for Lawrence Welk, also an accomplished accordion player.

"Many times, I would come home to a music class in our home," said Cash. "Dad would be tutoring young and old on the musical instrument of choice."

"I still have some of those instruments today especially his favorite, German Sterling Accordion which was his mother's and the one he used for many recordings," said Cash.

"Every weekend was music and dances at Bailey's, B O's Sparkle, the Rodair Club, the Mecca, the Circle Club and too many venues in Texas and Louisiana to name," said Cash. "It was his life and he loved it."

This weekend mark's the 100th anniversary of Joe Bonsall's birth. Cash will be celebrating her father, the Orange Playboys and Cajun culture, Friday at the Orange Boat Club from 7-11 p.m. with Cajun musicians and a DJ playing Cajun and Swamp Pop music.

Though this is a private celebration, there is a public celebration of all things Acadian, Saturday in Port Arthur.

"Joe Bonsall is best known as being a traditionalist in the Cajun music genre. He played the music as it was meant to be played and always kept the floors hopping from Southwest Louisiana to Southeast Texas," said Pate. "He and Ms. Mabel were great friends."

Pate is one of those carrying on the legacy of promoting Cajun culture through her internet radio show. The yearly festival, which also helps perpetuate the culture, is a fundraiser for Southeast Texas Arts Council, which promotes art of all types, including music.

There will be music, food, dance contests and crawfish races.

Wayne Toups and ZydeCajun is the event headliner. Other music during the day will be provided by Damon Troy & Louisiana Beat, Kevin Naquin & The Ossun Playboys, Leroy Thomas & the Zydeco Roadrunners, Donovan Bourque & Friends, and Pincher Jam. 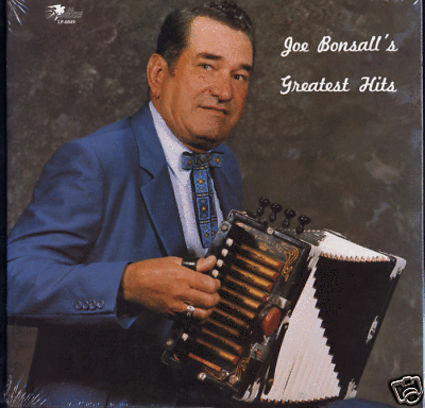 Album cover of the local Cajun music legend, Joe Bonsall from the music archives of his daughter, Sandra Cash.

Tickets are $25 and can be purchased online at CajunHeritageFest.com, in person at Museum of the Gulf Coast in Port Arthur or at the door.