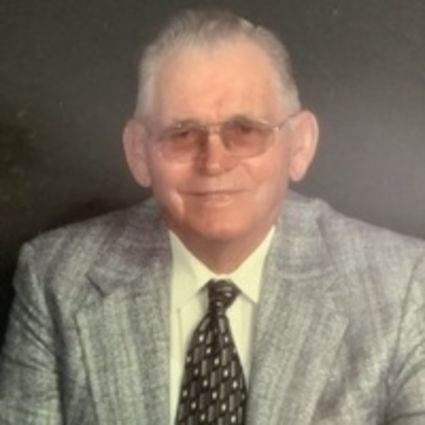 Donald (Don) Granger of Broaddus, Texas, passed away May 28, 2021 at the age of 92 years old, surrounded by his family and loved ones. He leaves behind his bride of 67 1/2 years, Lois Elaine Broussard Granger and daughters: Donalaine Weston, Karen Jean Tibbitts and Connie Gayle Granger. Don had six grandchildren: Kent Tibbitts, Chris Tibbitts, Tabitha Green Smith, Chris Weston, Ashley Green and Laura Weston Powell and a multitude of great and great great grandchildren, as well as brothers, sisters and numerous nieces and nephews. Don was the son of Irvie “Go Slow” Granger and Loy Wilder Granger of Orangefield, Texas. He was preceded in death by both his parents and a brother, Willie Granger and sister, Pauline Gentry. Don’s remaining sisters and brothers are: Alice Hymes, Louis “Jackie” Granger, Darlene Martin, Jimmy Granger and Lilian Lombardo. Don was born in Orangefield and lived in the area until he joined the U.S. Army and proudly served his country during the Korean War. He was a proud American Veteran. In 1953, he returned from overseas and married his love and lifelong soulmate, Elaine. They ultimately settled in McLewis, Texas before moving to Broaddus, Texas five years ago. Throughout this timeframe he worked in the U.S. and in the Middle East and Africa as a rig mechanic in the oil industry. He returned home full time, when the grandbabies started to arrive. Don owned and operated Ladybug Dump Truck Service in McLewis and Country Haven Mobile Home Park in Orangefield, Texas. Don was a beloved husband and a loving father to his girls. He loved growing vegetables, as his dad had and grew and tended beautiful flower gardens for momma. He was also a great Astros fan. He also had a great love for his animal family. He raised cattle, goats, chickens and many other animals and they loved him too. A very special one was a calf he raised and bottle fed, until she was old enough for him to hand feed her butter and sugar sandwiches every night when he got home from work at Livingston Shipyard. Hopey was his special one. He was always ready to help anyone in need. Most importantly though, were Momma and his girls. He was generous, caring and kind and he loved us dearly. We will miss you dearly daddy. Rest in God’s hands until we see you again. We love you, Momma, Donalaine, Lee, Karen Jean, Doyle and Connie Gayle —— ALWAYS and FOREVER!!!!