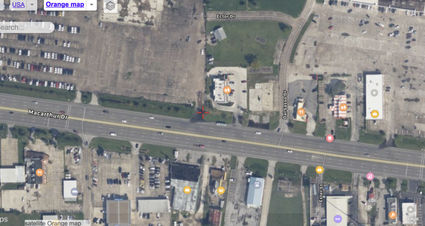 TxDOT officials are scheduled to present a "MacArthur Drive Illumination Project" to city officials in the next couple of weeks. Five pedestrians have been killed by cars in after-dark accidents on the mile-long stretch of Orange County roadway in the past 15 years.

A proposal to bring streetlights to a dark and deadly stretch of road is on the agendas for neighboring Orange County cities.

The Texas Department of Transportation will make a presentation for a "MacArthur Drive Illumination Project" at Tuesday's 6 p.m. meeting of the Pinehurst City Council.

While no one at Pinehurst was available to talk about the item, Randy Branch, the new mayor in West Orange, said the same item will be on his council's agenda for Monday, June 14.

He said the proposal calls for a joint agreement between TxDOT, Pinehurst, West Orange and the City of Orange to build and maintain lighting for a mile-long stretch of MacArthur Drive that has been the site of five night-time auto-pedestrian fatalities since 2007.

MacArthur Drive is the border between the cities of Pinehurst to the nor and West Orange to the south but the dividing strip upon which the road lies was annexed by the City of Orange.

And the roadway is TxDOT's responsibility for upkeep since it's actually a state highway, Texas 87.

"The new proposal is to illuminate all of MacArthur Drive, and they'd also put a sidewalk in," Branch said, referring to TxDOT.

With three lanes of traffic in each direction, a center turn lane and two paved shoulders, MacArthur Drive is nine-lanes, or more than 30 yards across.

A little more than a year ago, TxDOT had proposed a "non-motorist connectivity" project to eliminate one lane of traffic each way and replace each lane with a sidewalk separated from the 40-mile-per-hour traffic by a four-inch riser topped by poles on springs.

Any lighting would require a later, additional project, TxDOT said.

"Not only would we have pedestrians walking along with no lights, but we'd also have people on bicycles," Branch said.

"If we get lights and a sidewalk, people can ride bikes on the shoulder and be illuminated, or they can ride on the sidewalk."

He said the proposal would be for Pinehurst and West Orange to pay the electricity to run the lights on each city's side of MacArthur Drive.

"We were going to take two lanes and make them into sidewalks. We're reconfiguring it now. But nothing is 100 percent sure now. We're looking at it; it's all in the works."