Can one person screw up an entire NFL Franchise? 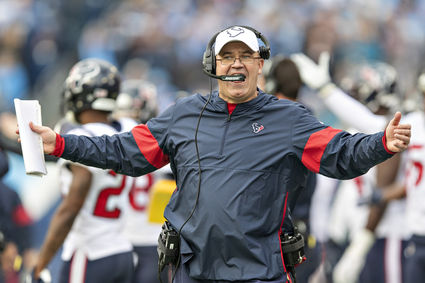 New England Patriots head coach and general manager Bill Belichick is one of a kind. Many assistants who have worked under his guidance have been or still are successful National Football League head coaches.

However, one who is not a head coach any longer is Bill O’Brien, who was canned after four games last season by the Houston Texans after starting the pandemic-modified season with an 0-4 record in his fifth year at the helm of the team.

O’Brien came to the Texans bringing his Bill Belichick playbook under his arm. He gradually modified the team’s system of play with many of Belichick’s successful ideas.

When the team gave him a contract extension, O’Brien insisted that he also would handle the general manager’s duties and have complete control over all on-field personnel (like Bill Belichick did) and reluctantly the front office wrote it into his new contract.

Belichick had the keen sense to figure out just when one of his starting players had reached their performance peak and was sliding back a little and he would trade him to another NFL team who gave him quality players or draft picks in return.

Belichick also would get rid of a player who had trouble getting along with him or his teammates or had some kind of brush with the law.

O’Brien’s team played well enough to win the division championship or qualify for the playoffs just about every year of his tenure.

Going into last season, he didn’t like the way star wide receiver D’Andre Hopkins handled himself in the locker room with his teammates and out of the blue released him. Hopkins was the main target of quarterback DeShaun Watson, who had become one of the top signal callers in the league.

Watson played his butt off, but without Hopkins, he simply did not have a go-to guy nearly as reliable as Hopkins. Watson tried to be the entire offense, especially without a reliable running back to take some of the pressure off him.

Watson declared right after the final game of the season that he DEFINITELY would not be back for the 2021 season, despite the fact he had four years remaining on his contract.

Three-time NFL Defensive Player of the Year J.J. Watt also asked the team to either trade his to a team with a chance to win the Super Bowl or just release him outright and let him seek out a new franchise where he would be happy.

Watt followed Hopkins to the Arizona Cardinals while Watson ended up with no team to play for and 22 lawsuits from female masseurs for alleged sexual assault to settle or make go away.

With the Texans missing perhaps their three best players, most of the loyal fans soon became disloyal because it was apparent the team would be competing for the 2022 No. 1 draft pick that goes to the worst team in the NFL instead of “rah-rahing” about winning the Super Bowl.

In fact, a Houston Chronicle sports writer had an article in Sunday’s edition of how he tried to buy Houston Texans season tickets back in 2011. He was put on a waiting list of more than 20,000.

The following year, the Texans sold a record number of season tickets and the list had only dwindled to 19,000. By 2018, the number still was more than 16,000 on the waiting list.

“A couple of weeks ago, I was informed that my wait-list number was 12,734,” the article stated. “No chance. After going through season ticket renewals to see how many seats still were available and reaching out to the 12,733 others in line before me, the Texans e-mailed me to tell me I was first in line.”

He received a congratulatory phone call with a sales pitch asking the level of tickets I would like to purchase. “Hell would freeze over before I’d spend a nickel on Texans tickets this year,” he concluded.

The opening game against the once-lousy Jacksonville Jaguars is certain to be the first one in 20 years that wasn’t sold out at NRG Stadium. To make matters worse, the Las Vegas boys have picked the Houston Texans as underdogs in all 17 games this season.

And that’s how one man can screw up an entire NFL franchise!!!

KWICKIES…Despite having half-a-dozen players on the injured list and the bottom three batters in the everyday lineup not hitting their weight, the Houston Astros are hanging tough in the AL West Division, only one game behind the pre-season favored Oakland A’s through Sunday’s games. The Astros opened a three-game series against the Boston Red Sox at Fenway Park last night who just swept the New York Yankees at Yankee Stadium for the first time in 10 years and want to avenge the three losses they suffered last week at Minute Maid Park in Houston.

Three-time Olympic gold medalist Simone Biles won her seventh all-around U.S. gymnastics title Sunday night at Dickies Arena in Fort Worth competing for the first time in a USA Gymnastics National Championships in her adopted home state. She had a winning score of 119.68 with 60.1 points coming on Sunday.

When the Arizona Diamondbacks were shut out 2-0 by Milwaukee Brewers’ Corbin Burnes Sunday, it marked the Diamondbacks team-record 17th straight loss on the road. Burnes struck out a career-high 13 batters in seven innings.

The Atlanta Falcons traded Julio Jones, their most prolific wide receiver in franchise history, to the Tennessee Titans for a second-round pick next year and 2023 fourth-round pick for the 32-year-old Jones. Atlanta will send its 2023 sixth-round pick to Tennessee.

Patrick Cantlay won the PGA Tour Memorial Golf Tournament on the first playoff hole over Colin Morikawa Sunday. Third-round leader Jon Rahm had to withdrew after taking a six-stroke lead with his 64 due to a positive test for COVID-19. His six-shot lead tied the Memorial record set by Tiger Woods. Tourney host Jack Nicklaus was on hand to give Cantlay the traditional handshake and commented about Rahm, “We’re all devastated. I wish we could figure out how to give Jon three-fourths of the trophy.”

JUST BETWEEN US…Orange’s Chad Dallas got to open the NCAA Regional Baseball Tournament in Knoxville Friday evening against Wright State but was relieved in the top of the fifth inning after giving up his second home run in as many innings with Tennessee leading 5-4. Things went south for the Vols after that as they found themselves on the short end of an 8-5 score with one out and the bases loaded in the bottom of the ninth inning. But Drew Gilbert saved the day for the hosting Vols by blasting a game-winning, walk-off grand slam as Tennessee won 9-8. The Vols beat Liberty 9-3 Saturday and beat the Flames again Sunday 3-1 as Gilbert homered for the third straight game to advance the Vols to this week’s Super Regionals also in Knoxville. Dallas is expected to start Friday’s opening game against LSU. Texas and Texas Tech also earned berths in the Super Regionals.