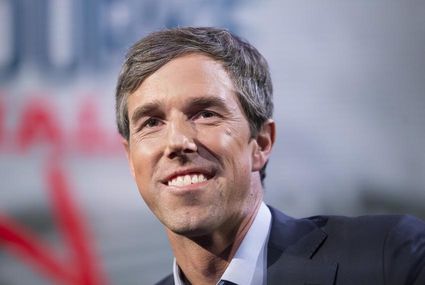 O’Rourke, who appeared in front of a crowd of 300 outside the Julie Rogers Theater in Beaumont last week, wants Democrats to call their state representatives and detail their objections to Senate Bill 7.

He wants them to call the White House and make sure President Biden gets the votes needed to pass the For The People Act in the Senate, then signs it.

Senate Bill 7, which didn’t pass the Texas Legislature last month only because Democrats left early and denied a quorum, is expected to be brought back up by Republicans in a special session this summer or fall.

“The governor will bring back this (expletive deleted) bill and they, especially the speaker [Dade Phelan] who hails from these parts, need to hear from you now, because it is working. They fear you, as they should.

“So stand up, speak up, get after it, make sure they know how you feel.”

As for the U.S. Congress, O’Rourke compared the situation before the passage of the 1965 Voters Rights Act to what could be coming for America.

“The 1965 Voters Right Act ushered in the first true multi-racial democracy in United States history,” he said. “We find ourselves in the very same predicament.

“The For The People Act would stop voter suppression, make voter registration automatic, reduce the power of big money in our politics, make Election Day a national holiday and end the practice of gerrymandering.

“It has passed the House. Biden says he’ll sign it if it comes to his desk. I ask you to light up the White House switchboard in 2021 just like our moms and dads did in 1965.”

The man who lost his 2018 upset bid for the U.S. Senate to incumbent Ted Cruz by 2.5 points, 200,000 votes out of 8.3 million votes, stressed that it’s important to begin registering voters now and not wait for the eve of the 2022 election.

“There are 2 million Texans unregistered to vote, 5 million more registered that didn’t vote. I only lost to Ted Cruz by 200,000 votes. We can’t wait until 2022 to get after it. Let’s get them signed up.

“Whatever the issue, from racial justice to climate justice to economic justice, to just making sure our democracy works, it’s going to take all of us.”