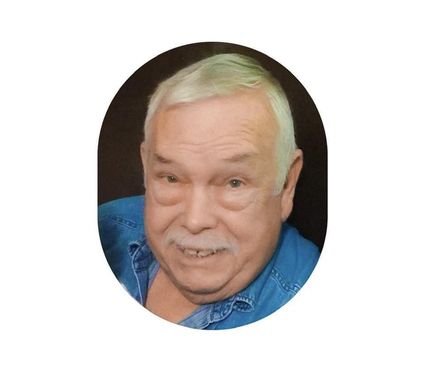 Kenneth Jerald Osborne (Ken), age 74, a wonderful man, husband, father, Papaw, brother, and uncle, passed away peacefully on the night of Thursday, June 3, 2021, after a day surrounded by his children and grandkids in Lafayette, LA. The son of James and Eula Osborne, Ken grew up in the town of Davin, West Virginia in a loving home with four sisters and one brother (Phyllis Campbell, Gerry Lovejoy, Sue Arnold, Thurman Osborne, and Donna Smith). He attended Northwest College Wyoming in Powell, WY then joined the Army. He proudly served in the 176th Assault Helicopter Company (Minuteman/ Muskets) as a pilot during the Vietnam war; known as ‘Fat Oz’, Chief Warrant Officer. He was a proud and respected veteran; who supported many veteran organizations.

Ken worked with Bristow Helicopters as a helicopter pilot, sending him to many different countries. Ken met the love of his life in Trinidad and Tobago, Valarie Osborne, his wife of 47- years. Together, they traveled and lived throughout the world while working for Bristow Helicopters for 22-years. They raised three intelligent sons who blessed them with six beautiful grandchildren. He retired as President of Sabine Offshore Services in 2001 after 17-years. In retirement, Val and Ken moved to a beautiful 240-acre farm in Lewisburg, KY. Ken was a beloved man who put family first before anything. His heart was huge with a kind and humble spirit. He enjoyed visiting with people, telling stories of his life, traveling to visit family, working on his farm along with friends and neighbor’s farm, attending family reunions, reading books, watching westerns, old movies, and drinking morning coffee on his porch with his devoted dog, Buddy. His family was a source of pride and he loved being with his grandchildren (who he referred to as “my grand babies”; no matter their ages). He enjoyed spoiling them and spending as much time as he could with them doing whatever they wanted; even if it meant watching cartoons over and over, playing games, playing princess, and having tea time. He loved showing them farm life and told them stories about their ancestors and his adventures. His example of love and family will serve those who loved him well, as his loss leaves a void that can only be filled by God’s grace and mercy. A memorial service will be held Friday, June 25, 2021, at Young Funeral Home in Russellville, KY from 9am to 11am. Followed by a burial service at Veterans West Cemetery, in Hopkinsville, KY, Friday, June 25, 2021 at 1pm. He is preceded in death by his wife Valarie Osborne, father, James Osborne, and mother, Eula Osborne. He is survived by his children, Judd Osborne and wife Melissa of Bridge City, TX, Matthew Osborne and wife Leah of Youngsville, LA, and Mark Osborne and wife Shaunna of Rayne, LA. He is also survived by six grandchildren he deeply loved: Logan, Marin, Ava, Luke, Caitlyn, and Isla Osborne. In lieu of flowers, memorial contributions can be made to St. Jude Children’s Research Hospital, 501 St. Jude Place, Memphis, TN 38105 (https://www.stjude.org/).