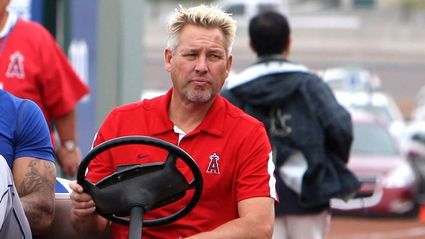 “Black Monday” two days ago began a new era for many major league pitchers when the new rule on the “use of sticky substances” was enacted by Major League Baseball whereby the umpires may begin to check pitchers for using foreign substances on the baseball they throw in a game.

The umps can call for the game ball regardless of whether they suspect a violation. Pitchers found with foreign substances are subject to immediate ejection and a 10-day suspension.

Teams with the guilty pitchers cannot replace a suspended player for foreign substances on their active roster.

The use of a foreign substance on the baseballs has been around the major leagues for a long time without any hullaballoo from the umpires, franchise front offices, field managers or pitching coaches.

It was part of the game until recently when MLB began tracing the origin of the substance. The Los Angeles Angels’ visiting clubhouse manager named Brian Harkins was the “inventor” of the substance that was ordered by various pitchers around the league like they were on some kind of shopping spree.

Harkins, who answers to the nickname “Bubba” was entering his 31st season as the Angels’ visiting clubhouse manager and 39th overall year with the team and is remembered among players for his spiked blond hair and his decades-long tradition of playing “Dumb and Dumber” in the clubhouse before day games, according to an article appearing in last week’s edition of Sports Illustrated.

Back in March of last year, Harkins was handed a copy of a league memo issued less than a week earlier declaring that team employees were “strictly prohibited from providing, applying, creating, concealing or otherwise facilitating the use of foreign substances by players on the field.”

Harkins was informed that an MLB investigation had concluded that he had violated these rules and was unceremoniously fired by then-general manager Billy Eppler.

“Billy, you’re firing me over something that’s all over your clubhouse right now,” Harkins pointed out.

Since then, Harkins has filed a defamation lawsuit against MLB and the team (which a judge dismissed), but Harkins is appealing.

“Harkins remains stunned at his status as the first—and so far the only—casualty of MLB’s recent war on pitch doctoring.

“He does not deny the allegations—he readily admits that he’d been supplying both Angels and opposing pitchers for more than a decade with his home-cooked mixture of liquid pine tar, solid pine tar (often called Mota stick) and rosin,” the article stated.

He claims to have done special orders for such prominent pitchers as Washington Nationals ace Max Scherzer and New York Yankees ace Gerrit Cole, then with the Houston Astros and injured Astros ace Justin Verlander.

Harkins shared with SI screenshots of text messages that support his claims, including an exchange with a contact who identified himself as Cole, who has been at the center of much of the recent controversy around pitch doctoring. Harkins also shared the underlying phone numbers for all text exchanges, the article pointed out.

“SI used various public records databases to confirm that the numbers are associated—or were associated at the time they were sent—with the people Harkins claimed to be texting with,” the article concluded.

Several top-rated pitchers including Cole and Verlander claim that the hitters can use all the pine tar they want to help them grip the bat. “It’s so hard to grip the ball,” Cole griped and pleaded with MLB to “just talk to us” about the problems still present.

As pitchers stop using the substance and the spin rate on their pitches drops, batting averages magically increase. Hitters are batting .247 this month compared to .232 and .239 the first two months.

The league-wide batting averages, home runs, slugging and OPS (on-base-plus-slugging percentage) are the highest of any month.

And the argument by pitchers that they need sticky substances to improve their grip to avoid hitting batters also lost considerable merit with walks decreasing from 9% to 8.4% and hit-by-pitches remaining at a flat 1.2% per plate appearance.

MLB officials don’t believe this is a panacea to all the offensive woes in the game, but the threat of the crackdown has already had a huge impact, an article in this week’s USA Today Sports Weekly points out.

KWICKIES…Former West Orange-Stark standout golfer Michael Arnaud shot 66-66-67-68—267 to tie for 19th place in last weekend’s Wichita Open seven strokes behind the winning score on the Korn Ferry Tour and earned him a check for $6,840. Mike is now 39 years old and living in Covington, La. with his wife Ashley. Since 2015, Arnaud has earned $346,207.

Orange native R.C. Slocum the winningest football coach in Texas A&M history, has a form Hodgkins lymphoma and will undergo chemotherapy according to ESPN yesterday afternoon.

I was saddened to hear of the sudden passing of W.L. Pate, Jr. Sunday. His passion was always to make Beaumont a better place and a tourist attraction for the Babe Zaharias Museum, which he was in charge of. I played many times in the Babe Zaharias Golf Tournament way back when because it always was a successful and fun-filled event, thanks to W.L and his dad W.L Pate, Sr.

The Houston Astros won their seventh straight game and 16 of their last 20 to finally take over first place in the AL West Division by sweeping a four-game series from the Chicago White Sox, who came to Minute Maid Park boasting the best record in the American League, a feat that now belongs to the Astros in games through Sunday. The Astros also have the best run differential (+112) in the major leagues with the LA Dodgers (+103) and San Francisco (+90) next. Astros starters have a 2.99 ERA over their last 21 games.

The U.S. Supreme Court on Monday upheld a district court’s decision that the NCAA was violating anti-trust laws by placing limits on the education-related benefits that schools can provide to student/athletes. The decision allows schools to provide their athletes with unlimited compensation as long as it is connected in some way to their education.

When LSU lost to Tennessee last weekend in the Super Regionals, it marked the first time a team has defeated the Tigers fived times in one season since Mississippi State did it in 1984 when the Bulldogs boasted a roster that included Will Clark, Rafael Palmiero, Jeff Brantley and Bobby Thigpen—all major leaguers.

Jon Rahm became the first Spaniard to win the U.S. Open as he rammed in birdie putts of 24 and 18 feet on the final two holes to win his first major golf tournament. Rahm had the lowest score of Sunday’s final round, four-under-par 67 and beat runner-up Louis Oosthuizen—who also birdied the last two holes-- by a single stroke. Rahm’s victory ended a streak of six straight Americans winning the event.

JUST BETWEEN US…For the second time in his three-year collegiate career, Orange’s Chad Dallas suffered a loss when his teammates failed to volunteer any runs for him as Tennessee was blanked by Virginia 6-0 Sunday in the first round of the College World Series in Omaha, Neb. Chad had trouble with hanging curve balls surrendering a second-inning home run and a trio of hits in the top of the seventh inning with the Vols trailing just 1-0. The usually-reliable bullpen failed by allowing three straight hits as the score ballooned to 5-0 with the final being 6-0. Our area’s other CWS team of interest, the Texas Longhorns, set a record by fanning 21 times in a nine-inning game and were nipped 2-1 by Mississippi State. Tennessee and the Longhorns met yesterday in a loser’s bracket elimination game that was won by Texas 8 to 4. The Longhorns will play the loser of last night’s game between Mississippi State and Virginia tomorrow night. Tennessee lost twice and has been eliminated.