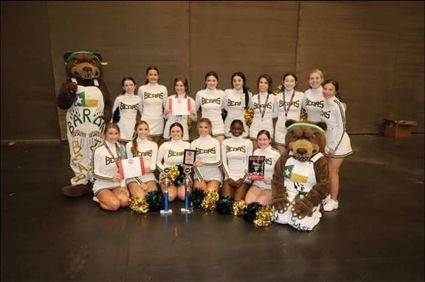 Little Cypress-Mauriceville High School cheerleaders attended NCA Cheer Camp this past week at Moody Gardens in Galveston. Built on the foundations of spirit, tradition, and excellence, NCA draws athletes from around the area and across the state. This year, LCM was proud to have their entire JV and Varsity squads and mascots nominated for All American, a distinction presented annually to the most outstanding athletes in their sport, with several members receiving the coveted award. Those students were Paige Brown, Alexis Chisum, Sophie Henry, Cailynn Nichols, Keely Parsons, Ava Rambo, Ashlyn Scott, EmmaKate Staton, Connor Trawhon, and Marissa Vaught. Paige Brown had the added distinction of being named NCA Top All American, Ashlyn Scott received Best All Around Mascot, and Ashlynn Wilson and Cailynn Nichols received the Pin It Forward Award.

The entire program received the Herkie Team Award (voted on by NCA Staff), and both the JV and Varsity received three spirit sticks, an honor awarded to the squad having the highest team spirit or who performed the best and whose hard work was evident. Mascots also received spirit sticks. Additionally, the JV won Top Team Chant and Top Team Band Chant. The Varsity won Top Team Band Chant and received the Stunt Safe Award. Both squads received a bid to NCA Nationals. 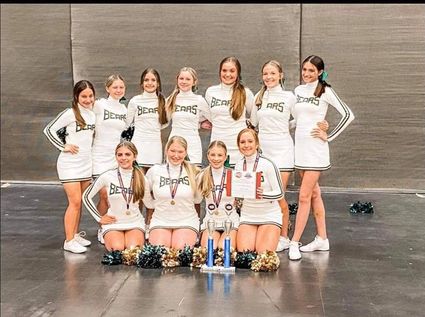 Cheer coaches are Carlie Fults and Brandy Cricchio. When asked about their performance, Coach Cricchio said, “We are so proud of both squads. They worked so hard at camp this year and we look forward to seeing everything they accomplish in the upcoming school year!”