BC re-zoning vote riles up neighbors 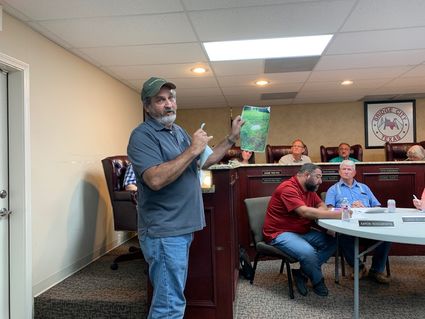 After neighbors of the proposed construction voiced strong opposition to the changes during a public hearing at City Hall, the city's Planning and Zoning Commission voted 5-2 to recommend Bridge City's City Council authorize the zoning changes to multi-family residential at its next meeting, set for 6 p.m. Tuesday, July 7.

Several of the opponents of the changes, who made up most of the 30 or so seated in the audience, shouted their outrage as they left the meeting after the first vote.

The properties in question are in the Parkside Place subdivision on a cul-de-sac near the Bridge City Little League parks.

Representatives of the two owners at Monday's meeting said each company planned to build a 10,000-square foot, two-story structure on their lots that would each include six housing units under one roof. To clarify, that's a total of 12 housing units on the combined four lots.

Each owner's request required a separate vote but the results were identical.

"I bought a house for a neighborhood, not to live around apartment complexes," Nino Cisneros, a homeowner on Holly Grove, a street a block away from Parkside Place, told commission members.

"I've been there 10 years and more and more of these apartments and townhouses keep being built. The people who live there come to rent and go. They're not taking care of our city. They're in and out."

Josh Lira of WRP Investments said the owners would require background checks, seek to negotiate one-year or two-year leases with tenants and rent the 1,350-square foot units for $1,400 and $1,600 per month.

Lira was joined at the meeting by Samuel Fountain of Beaumont-based S & R Engineers, who said he would work on both projects.

A total of 10 Bridge City residents spoke against the plan, including husband and wife Kenneth and Peggy Prosperie. They live on Sunnyside Drive, which backs up to Parkside Place, and were among owners of five homes on Sunnyside, two on Holly Grove and two on Meadow Drive to speak against the zoning change Monday.

Homeowners cited increased traffic, increased on-street parking, a possible increase in crime and a loss of their property's resale value as worries.

A major concern was drainage, which residents say is shaky already and could get much worse with multi-family residences.

Dubose was the first member of the P&Z board to express his opinion on the measure and he did it by putting forth a motion to reject Tran's request.

"I feel like people have invested with the knowledge that the rest of the lots were R-1 [zoned for single families] and trusted the city that they could invest and feel safe that other investments would be the same as theirs and feel safe and protected," Hearn said.

"When you change something like this, it changes their values and maybe their ability to sell the house. I have a problem with that." 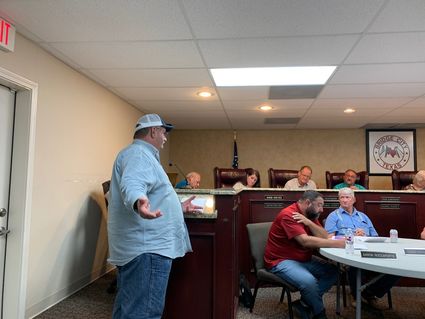 Quibodeaux and Reeves spoke in favor of Tran's request, with Reeves arguing that not everyone could afford to buy a single family home.

"There are a lot of people who would like to move to Bridge City and raise families here but they aren't in a position yet to buy their home," she said.

Tyler Whitmire, a homeowner on Sunnyside, pointed out he paid $1,200 a month on his mortgage, less than the $1,400 to $1,600 a month Lira had said the new apartments would rent for.

Then the members voted 5-2 against Dubose's motion to deny the zoning change, which translated to a majority vote in favor of zoning changes. Immediately, a vote was taken on Nguyen's request and it was passed with Dubose and Hearn voting no.