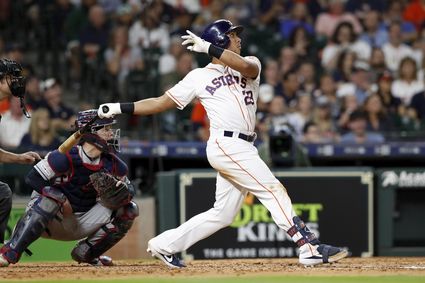 Here it is the final day of June, which over the past few decades has been a month when our Houston Astros have had problems winning baseball games.

That wasn’t Houston’s problem this season—at least for the first three-and-one-half weeks—until they traveled to play the lowly and rebuilding Tigers at Detroit last weekend.

In a reversal of most seasons, the 2021 Astros have had a huge winning record against opponents who were in the top echelon of their respective division and having a won-loss record over the .500 mark.

However, the teams below .500 and in the lower part of their respective standings, have given the Astros the most woes so far this season.

Take the Detroit Tigers, for example. They were 10 games under the .500 mark and would be much worse if it weren’t for our Astros.

Detroit came to Minute Maid Park earlier this spring and blitzed the Astros, taking three straight from them in their home park.

Last week, when Houston was riding one of their longest winning streaks (11 straight) in franchise history and getting nearly half of the wins on the road, they pull into Detroit and murder them 12-3 in Thursday’s opener of the four-game series, get rained out Friday, and then forget how to hit or score runs in the next three games.

The two teams played a split doubleheader of seven innings each Saturday, losing the first game 3-1 and trailing in the nightcap 2-0. But two swings of the bat changed that as Yordan Alvarez belted a long two-run homer and Carlos Correa followed with one of his own, putting the Astros ahead 3-2 and salvage the split. Houston got five hits in each game.

Sunday was the same story as they only mustered three hits and lost 2-1 in the 10th inning on a suicide squeeze bunt by former Astro Robbie Grossman. That gave Detroit five wins out of seven games.

I think the reason the Tigers have Houston’s number is that their first-year manager is A.J. Hinch, who was fired during the Astros’ Garbage Can Lid Scandal. Hinch knows most of the 2021 Astros and what their weaknesses might be, consequently resulting in their anemic batting average against his team.

But Houston’s overall batting average this season leads the major leagues, with five of their starters hitting over or around the .300 mark. Outfielder Michael Brantley is leading the American League with a hefty .349 batting average with teammate Yuli Gurriel not far behind at .333 through Sunday.

“Entering Friday’s games, only 19 qualified hitters in the major leagues had a .900 or higher OPS. Four play every day for the Astros. Jose Altuve is only nine points away at .891, but has hit a career-high 10 home runs during June,” the article pointed out.

The lineups strike zone judgement and plate discipline has produced the sport’s lowest strikeout rate in each of the last two seasons. The Astros strike out in just 18.7 percent of their at-bats. No other major league lineup has a strikeout rate lower than 21.9 percent. Their whiff rate is six percentage points lower than the league average and is the lowest in the sport.

In the latest edition of USA Today Sports Weekly, which ranks the 30 major league teams each week, the Houston Astros catapulted from eighth place to No. 1, replacing Tampa Bay which slipped to No. 4.

And with the All-Star game right around the corner, the Astros are dominating the voting with seven players still in contention to start the game after advancing to the second phase of voting on Sunday.

The second phase of voting began Monday and concludes tomorrow when All-Star starters will be revealed on ESPN. Reserves and pitchers are selected by both player ballots and the commissioner’s office.

KWICKIES…The Houston Astros slugging second baseman Jose Altuve became the first player in major league history to hit a walk-off grand slam and then lead off the following game with a home run. He did it against the Texas Rangers on June 15-16.

A personal note to Orange native and fellow McNeese State athlete and graduate R. C. Slocum, hurry up and get well. There are hundreds of Orangeites who are pulling for your complete recovery.

Four-time Olympic gold medalist Serena Williams indicated Sunday at Wimbledon that she would not play in the Olympics in Tokyo next month. She gave no reason, but the rumor is that she could not bring her young daughter with her.

Congrats to Vanderbilt and Mississippi State for making it to the College World Series final round. The Bulldogs earned their way by nipping the Texas Longhorns in the semifinals while Vandy got in after North Carolina State had to forfeit due to an outbreak of COVID-19.

The best-of-three series began Monday and will conclude today, if necessary.

Harris English birdied the record eighth playoff hole to defeat Texan Kramer Hickok Sunday afternoon just before nightfall. Both players finished the 72 holes of the Travelers Championship in Hartford, Conn. tied at 13-under-par. It matched the second-longest sudden-death playoff in PGA history. The tour record for a sudden-death playoff is 11 holes in the 1949 Motor City Open when Lloyd Mangrum and Cary Middlecoff were declared co-winners by mutual agreement due to darkness. It was the second win this year for English and his fourth career victory.

JUST BETWEEN US…Seattle Mariners reliever Hector Santiago became the first victim of Major League Baseball’s new rule about having foreign substance on his person and was ejected from Sunday’s game against the Chicago White Sox. The umpires checked Santiago as part of the new sticky substances protocol as the Mariners beat the Chicago White Sox 3-2. He claimed to be using rosin but was told it cannot be used on his glove hand. He could be suspended 10 games and would not be replaced by a player on the Mariners’ roster.